What to watch in Saints vs. Chargers: Situational football, Emmanuel Butler's time to shine, more (1 Viewer) 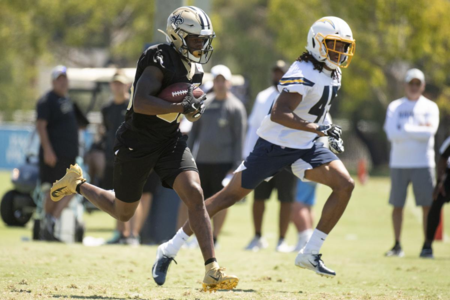 By Herbie Teope | The Advocate / Picayune

COSTA MESA, Calif. — The New Orleans Saints and Los Angeles Chargers are familiar with each other at this stage.

The two teams spent Thursday and Friday conducting joint practices at the Jack R. Hammett Sports Complex, and it marked the third straight summer the clubs have worked out together in Southern California before squaring off in preseason action.

Sunday’s game could see more of the first-team offense, although it remains to be seen how much quarterback Drew Brees will play. In 2018, Brees played 17 snaps against the Chargers, which marked the third week of preseason when starters typically play longer. In 2017, Brees didn’t play at all in what was the second preseason game for both clubs.

Should Brees not play or see limited action, it wouldn’t surprise to see Taysom Hill get extended time during the early portion of the game after Teddy Bridgewater drew the start in the preseason opener. ...

Video Saints vs. Texans: What To Watch For