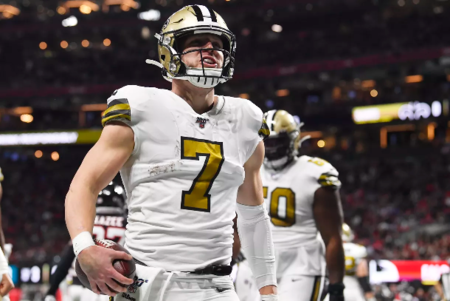 On Tuesday during a segment on ESPN’s “Get Up!” Payton talked about Hill’s role for the Saints in the upcoming season. During the tail end of answering a question posed by host Mike Greenberg, the coach also hinted that Hill’s chance to compete for a starting QB position may come sooner than originally imagined for a franchise that has seen All-Pro quarterback Drew Brees leading the Saints since 2006.

“First and foremost, we still view him as a quarterback. We spent a lot of time this offseason discussing our vision for him this season,” Payton said of Hill, while mentioning that the former BYU quarterback is the third or fourth fastest player on the New Orleans roster and will resume his role at various offensive positions and on special teams.