What we can learn from the Patriots' success (1 Viewer)

Offline
Before some of you may say that cheating is the major factor, here is a good article from the Chiefs' point of view.

Offline
I would say coaching drives it all though.

Bellycheek has got his students to believe in his philosophy that only winners and students of the game can play for the patriots. Patriots are a good "team" team, any player on that roster will do anything for the team, whether playing RB or LB it doesn't matter.

Off course the WR corps of late is the best in the league hands down too, I mean when Kelly Washington can't make the starting rotation that says something.

Moss takes a paycut to come to New England

Offline
It's not what we can learn from the Patriots but what they learned from us (bare with me it's just a theory).....There is something eerily familiar about the Pats current Offense. Think about it.....pass first, use the pass to set up the run, smart QBs (Brady, Brees) that can distribute the ball, small third down backs (Faulk, Bush) that can catch the ball well coupled with a big pounding backs (Maroney, McAllister) that can move the chains, big receivers (Moss, Colston) matched with a smaller, faster guy (Welker, Horn) and a speedy vertical threats (Stallworth, Henderson). I think after '07 Belichick watched gamefilm and thought "I've got most of pieces to duplicate what they're doing and if they can win with what they've got on Defense we could dominate the league with what we've got". It's not always about who does it first....it's about who does it best.......

Offline
They've drafted well and they are always prepared week in and week out. They see every blitz, they shut down any offensive attack, they move the ball against every kind of defense. They can just beat you in so many ways and that's just outstanding coaching and preparation

Offline
I think most of their success is directly attributed to drafting O-line and D-line with most of their high draft picks. Scouting and finding the correct linemen was the other side of that coin. Example look at the Giants, their success is from drafting good d-linmen the last few years and finally Diel fixed the left tackle position and their O-line played well enough to let Manning throw from the pocket.
Good D-line, Good O-line, accurate QB= playoffs and perhaps Superbowl.
Football is not rocket surgery.

Offline
Not taking anything away from the player talent in their drafts, but I would have to say that coaching makes the difference that is seen on the field. They get the most out their players.

Offline
Pepper Johnson spoke to this issue... they have tremendous leadership and tight heiarchy (sp?)

msmith said:
Before some of you may say that cheating is the major factor, here is a good article from the Chief's point of view.

They are good outlines for a great team.
Here is where I see the Saints are on them.
1. Check. If Brees isn't our franchise QB then no one is

2. I think we are 2 players off this. Right tackle and right guard. I don't have stats but from what I have seen this year I would say the majority of the pressure on Drew stems from his right side.
Brown, Faine and Evans are players we are lucky to have, and are as close to dominant at their spots as we will get. I think we should hang on to Faine as he gets a lot of undeserved flak around here and I think he is a quality C.
With Stinchcomb and Nesbitt you have 2 players who get the job done, but consistancy is a factor.
We already have 2 capable replacements here, which may or may not work out. Andy Alleman and Zach Strief were both dominant in College starting at right guard and right tackle respectively, and I think may just work out.
Strief filled in well on the left side last year, but I think we should give him more of a look at the right side. In college playing there he allowed 1 sack in his junior year and 0 in his senior year. That is dominant. Also, at the Bucs in the 06 season he shut out Simeon Rice, playing LT that day. Start him at RT, and have Bushrod and Stinch as your backups at tackle.
Alleman is another guy I'd like to see get on the field more as he has all the physical tools to do well. He was drafted, like many of our 07 picks, as a development player from a small school. He could be the consistant, long term answer for the at times horrible, and at times great, Jamar Nesbitt.
Brown, Evans, Faine, Alleman, Strief if they clicked would definately be a dominating line, all massive bodies who are quite mobile and can hold their blocks well.

3. With Grant and Smith we have already made 2 great draft picks for the exterior D Line, and now we need to look inside.
Ellis and Dorsey are realistically not going to be around at 10 this year. We might need to make moves in free agency here and look for a couple of gems in the mid to late rounds. If we don't do it this year IMO a first rounder on the defensive line is a must next year.

4. Young CBs is always a risk in the draft because the majority have little to no production their first one or two years, then come around into big players after.
I think with the contracts the best players at this position are commanding now, drafting them is a must, even with later picks.
We are bound to get lucky with someone.
Cromartie, Talib or Jenkins coming in the first this year and contributing right away would be great, and I think its possible. My choice is DRC in the first, after he has a great combine, then a development player in the mid rounds.
Another thing we could do, is to jump the gun a bit on the waiting for a first round cornerback to develop in 2 or 3 years, and get a young 24 year old, pro bowl CB who has experience and has already developed into a great player. Love him or hate him, Deangelo Hall is that player and has expressed an interest in coming here.
I think it makes sense to draft a CB a year until we have an enviable secondary.

5. I don't think we are much good at this. Simply put, and it has been discussed at length before, players do not want to come here. That will obviously change after the back to back superbowls, but before then we will have to rely on mid range free agents who will work out here, like Scott Fujita, David Patten etc., and hope Coach Payton is going to keep getting us steals like Jahri in the 4th, Colston in the freakin 4th last pick in the draft. This is, for the mean time, where we are going to acquire these impact players, along with wisely spent firsts (ie on Players who are at a need position, will contribute, and will suit what we are trying to do.)

It is alright to use a great team as a map to sucess, and what better map than a team like the current Pats. However, I would trust Loomis to come up with a personalized Saints map to success, and he should start with a great offseason to build a dynasty on.

Offline
They have a core group of players that buy into the system the coaching staff has put into place.

Make no mistake -Brady makes this team go. If he goes down, the team is not the same -and in this era of medicore football, very few teams can afford to lose a key player w/o the season falling apart.

The thing a team can best learn from the Patriots is to draft for the future and make multiple moves to insure future draft picks.

Offline
Basically the Pats have an unbelievable offense. They knew their offense was great the year before, but they didn't rest on their laurels. They improved upon their "pretty good" offense and made it the best ever. And they weren't afraid to take a chance or two (Randy Moss) to get there.

The team can learn to be like the Patriots by not just saying "Hey our offense is good enough, let's use every pick in free agency and the draft on defense". The team can learn from the Pats by improving both sides of the ball with quality, high priced, high performance impact players, and not accepting second tier players.

We all know that the Saints are not the first choice of many top free agents. That's why they should be paying top dollar for them. None of this bargain basement hunting. You have to pay for quality in the NFL, one way or another. True you can't sign a lot of them, but I prefer quality over quantity. Building a team is what we're talking about, and adding a true, high quality impact player or 2 every year should be within reason.

A lot of you are really overthinking this. Get the bigger, faster, better players on the team, and the team will get to the next level consistently.

Offline
don't forget video footage of every other teams offensive and defensive playcalls. That helps alot.

msmith said:
Before some of you may say that cheating is the major factor, here is a good article from the Chiefs' point of view.

No. 6: Have numerous of video tape ready for the opponent 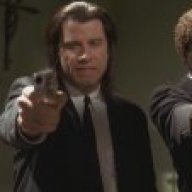 bigdaddysaints said:
don't forget video footage of every other teams offensive and defensive playcalls. That helps alot.
Click to expand...

Yeah and so does watching hours of film. That line is getting a little old.

The patriots have a different variable then most teams, a coach that has his team ready to play each and every week. Coupled with the success of drafting quality players along the offensive and defensive lines has made them a great team.

Offline
#1 thing someone can learn from the Patriots:

Offline
they draft well, release players that are productive but want too much money, they collect draft picks and the MOSS effect -they take on players that have trouble elsewhere but have talent at the right price, some work MOSS some don't our DT Sullivan