What will the Saints do without Andrus Peat? (1 Viewer) 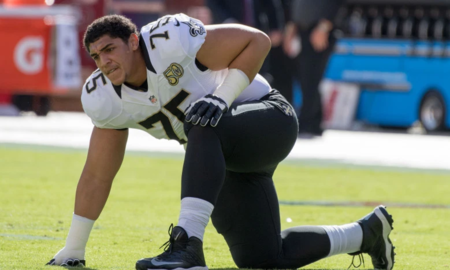 The New Orleans Saints offensive line took a hit on Wednesday when starting left guard Andrus Peat underwent surgery to repair a broken arm, putting him on the sidelines for about six weeks. So where do they go from here?

Peat’s immediate replacement is backup guard Will Clapp, who filled in for him during Sunday’s loss to the Atlanta Falcons. Clapp is a second-year player out of LSU with experience at both guard and center, though the Saints prefer him at guard. He allowed a few sacks to the swarming Falcons defense after being rushed into action.