When did Goodell become one of the saviors of keeping the Saints in NOLA? (1 Viewer)

Online
The first I ever heard of it was after we all hated him for his antics this past year. About a month or so ago, the media started reporting that Tagliabue AND Goodell were instrumental in keeping the Saints here. Before that it was all Tags.

Offline
When he needed some good press.

Offline
Things change whenever it is convenient for them to change. Roger Dodger is doing every thing he can to avoid harm/slander/humility while he is in New Orleans. Thats why the mentioning of the Saints not getting their 2nd round pick caught me off guard. The timing of that had to have been the worst PR move in history.

Offline
He became our savior after the Conference Championship games two weeks ago. Search for his name in ANY article involving the Saints returning to New Orleans after Katrina, and you'll likely come up empty.

Is there any doubt that the league office sent out a press release to the media outlets saying as much?

Offline
John Barr talked to that electrician on the North Shore, who told him that Goodell was standing over his shoulder with a hammer and screwdriver, helping those guys fix up the dome.

Online
i think it was last week sometime - tuesday maybe


But Goodell, then the league's chief operating officer and Tagliabue's right-hand man, played a pivotal role, too. He was the liaison between the state and team and maintained constant contact with officials from both parties. He monitored the progress of the city and pushed Superdome officials to accelerate the construction timeline so the stadium could be ready for the 2006 season.
Click to expand...


It was mostly Tags IMO.

Offline
Right after he came up empty on his food tasting job opening he posted on craigslist. 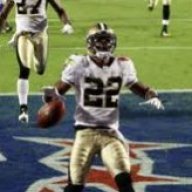 Offline
So he was the right-hand man to the man saved the Saints, thanks I guess. Just doing his job IMO, he didn't make the tough call or stick his neck out by any means.

The bounty crusade FAR out-shadows any bit of good will he might have earned.

Offline
When the NFL sent out a memo to his lapdogs to tell us it's so.

Offline
He was just doing what Tags told him to do. If Tags would have told him to expedite a move, the team would be gone. He didnt stick his neck out thats for sure.

Offline
I was thinking about this yesterday and came up with one thought that nullified the idea that Goodell is the "savior" of New Orleans, and here it is: When has the NFL or Goodell in particular, when he was a voice of the NFL, ever done anything that wasn't, in their mind, for the benefit of the NFL?

Taking the Saints leaving Katrina in particular, two things popped into my mind as reasons the NFL really wanted the Saints to stay in New Orleans. Firstly, the amount of bad press that would have engulfed the NFL if the Saints left New Orleans would have been extreme and immense. Does the NFL care if a team moves to another city? No. I don't remember the NFL having a big problem when the Raiders, the Rams, the Colts, the Oilers, and the Browns moved to new cities. The problem with New Orleans leaving is that it would look extremely bad after Katrina. With Goodell coming down to try to convince Benson to stay the NFL could claim they tried to help New Orleans even if Benson did leave. All of the bad press would have been focused on Benson. In the end, any bad press they might have gotten became good press and then some. You can't put a price tag on good press, but the NFL sure did make an effort to look good no matter what the outcome would have been.

Offline
Look, let's all acknowledge that Commissioner Goodell carried out the plan initiated by Tags, okay; that he did his job as Tags liuetenant well. He did what any decent person with that kind of authority or power would do, just like Brees did when he pledged 1 million $ to Sandy victims. When you have power and resources you use it for good because if don't you are an a$:;&@3.

General Patton helped save Europe and win the war forth allies; he was a great warrior and general, but that in no way excused him from slapping some poor mentally ill schmuck and calling him a GD coward because he was too sick to return to combat. That was an awful thing he did, and he was admonished for it by IKE and by the reporters who witnessed it, because it was a terrible abuse of power. To me, what goodell did to the players, was similar. They are players who followed what Gregg W.put in place for heavens sake! (Even though I think hescrewed Payton as well, Coach is
not a foot soldier, he is one star general to Goodell's supreme commander of the NFL).
The good he did does not excuse his abuse of power. He should have been reprimanded by IKE (the owners) and he should have been chastised by the media; what he did to poor ol' hapless Hargrove was sickening.

Offline
After Katrina, Roger Goodell did as ordered. Nothing more.

Who knows what Commisioner Goodell would have done. 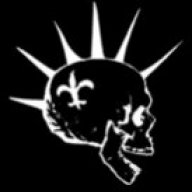 Offline
He was just carrying out Tags' orders. And any role he played in that does NOT excuse what he did this season. He deserves every boo and every piece of produce that gets thrown at his lying, condescending, self-righteous, smirking face.
Show hidden low quality content