Where are you Rudy Giuliani voters going after today? (1 Viewer)

Offline
I could be wrong, but unless all those absentee and advanced ballots are for "Rudy", his Florida strategy is not going to have worked. It's too bad because he would have brought a dynamic into the election we haven't seen in a while (he being a centrist-liberal Republican).

California Republicans are moving solidly toward Senator McCain (per recent CNN poll http://www.cnn.com/2008/POLITICS/01/28/california.poll.2008/index.html ). I always liked Senator McCain and contributed financially to his presidential campaign in 2000. I vote McCain over Hillary, not sure about Obama (leaning more toward Obama but not minding either possibility).

Offline
I was a Rudy guy (after Paul and Kucinich) and now I guess I'll have to say Obama, then McCain, Hillary and Romney in that order

Offline
It is my fault. When I started warming up to him he nose dived.

I need to go figure out why I really don't like Romney now. 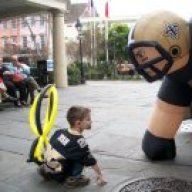 Where are you Rudy Giuliani voters going after today?
Click to expand...

Hopefully checking this guy out.
http://www.mittromney.com/

Offline
Romney gets owned by radio host who was going to vote for him. Until Romney laughed in this interview at issues that were important to the host.

Offline
Knowing the major issues for the McCain and Romney converts would be useful.

d3cyph3r said:
Romney gets owned by radio host who was going to vote for him. Until Romney laughed in this interview at issues that were important to the host.

I think we already have some Ron Paul threads.

Offline
Somebody mentioned hoping they go to Romney I posted why they shouldn't.

d3cyph3r said:
Somebody mentioned hoping they go to Romney I posted why they shouldn't.
Click to expand...

Meh, it's not an anti-Romney sound bite though, it's strictly a pro-Paul, anti-anyothercandidate sound bite.

"The man who told you the truth more than any other in those debates, who wasn't afraid to make enemies and tell the truth, was Ron Paul."
Click to expand...

Offline
well at least you listened to it


Hopefully checking this guy out.
http://www.mittromney.com/
Click to expand...

Hopefully checking this guy out too
http://www.ronpaul2008.com


Hopefully checking this guy out.
http://www.mittromney.com/
Click to expand...

Offline
If he's still on the primary ballot in La., I'll still vote for him on the 7th.

Offline
The Louisiana primary is on February 9th, and I believe all candidates will be on the ballot.

Offline
I think there is a little misrepresentation there on that video. This guy doesn't seem like he was ever pro-Romney, nor was he seemingly interested in Romney's views. He was hell-bent on pushing what he knew to be a pro-Paul stance, then followed it up with some kind of nonsense about the war, which Romney was not addressing in his response. The radio guy was being a jerk and I believe was setting this up all along.

Speaking to the original question Steve posed, I agree with Severum -- military and WOT Rudy supporters will go to McCain and economic/social conservative will go to Romney (but some will wish Thompson was still in the race and some will wish Huckabee was viable). 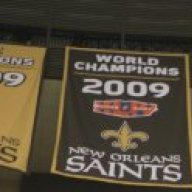 Offline
I say they all probably go to McCain...

Offline
I hope the all go to McCain too. There is no way they'll probably be a Paul supporter.
Show hidden low quality content