Where do the players hang out after the game (1 Viewer)

Offline
Me and IowaSaint are coming down for the game against the 'Skins. Where do the players go after the game to party? I want to meet some of my favorite Saints Gleason, Weatherford, and Leslie. Finally there is an Iowa/Saints connection with Billy Cundiff. Hopefully now opposing offenses wont be starting drives at the 35 or 40 yard line 9 out of 10 times. Im super pumped about Freddy being back, and thought the decision to keep a bum on the roster instead of Freddy was rather dubious. Anyways we will see you down at the Dome on 12/17! We wanna party, but first things first we need to hand Ron Mexico a beat down in his house! GO SAINTS! 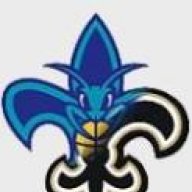 Offline
Alot of them go to Lucy's, and some go to the Metro (whatever the name of it is now)

Offline
They used to go to my uncle's place

not any more though

Nappy said:
Alot of them go to Lucy's, and some go to the Metro (whatever the name of it is now)
Click to expand...

Where do we go from here? Needs to fill.
2

Where is the love for Marcus Williams today?