Where do the Saints want to improve ahead of the 2020 NFL Draft? (1 Viewer) 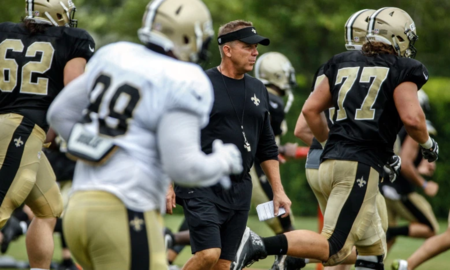 What will the New Orleans Saints do in the 2020 NFL Draft? Few teams have been less predictable in recent years, thanks to the team’s strategy to plug roster holes through free agency, allowing them to maximize the talent available in each rookie class. That’s not something Saints coach Sean Payton expects to change soon, owing to a solid haul of veteran free agents and a number of important re-signings up and down the depth chart.

“Well, look, we’re going to be smart with the draft relative to the grades and paying attention to our board,” Payton said, emphasizing the team’s plan to draft the best players available, rather than force a pick at a position of need.

The Saints no longer have a huge vacancy at wide receiver, having paired Emmanuel Sanders up with Michael Thomas. They’ve arguably upgraded the secondary by bringing back Malcolm Jenkins, extending their contract with Janoris Jenkins, and retaining critical depth with P.J. Williams. Up front, surprising re-signings of David Onyemata and Andrus Peat have kept one of the NFL’s better defensive and offensive lines intact.