Where do we go from here? Needs to fill. (1 Viewer)

BayouSAINTJoe said:
WR1 & 3....Everyone else...get healthy. This isn't a rebuild situation...this is an off-season full of healing up your guys
Click to expand...

We still need to get a QB. 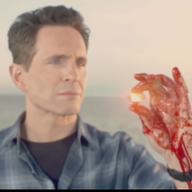 Cajun Chat said:
We still need to get a QB.
Click to expand...

Nope you bring back the week one starter from this season

Buhbooh said:
Simple.. Loomis hasn’t done sheet. He had 1 elite draft class. - other than that, it has been a series of gambles with 1st round picks. Also we have simply ignored needs at QB and WR the last 3 years. We can’t seem to sign free agents at positions of need, either, . Also, we have thrown ridiculous amount of money at players who have attitude problems, are injury prone, or are named Taysom Hill.
Click to expand...

It is simple
I’ll give you that
OP

Steve in Colorado said:
I think you draft a wr high who can become your #1. I wouldn't head into next year counting on MT again.

The QB situation is complex. While I grew to really like Jameis Winston as a person and felt awful with the way he got hurt, his performance was just ok to me. He was at his best when he could either scramble or throw the deep ball. Everything in between was iffy, although it's obvious he was light years better than what we're seeing now and it's terribly unfortunate we didn't get a full season to see him play.

The questions with JW are 1) does the knee injury permanently remove the scrambling ability from his game, 2) can he improve his intermediate passing game and 3) could we even afford to sign him next year?

Then, what is the real deal with Taysom? Do they still believe in him as a QB or was that contract aimed at a permanent hybrid role? If we're to assume the latter, then...

What the hell does Payton really think about Book? He got very few snaps in preseason for a 4th round pick -- oddly in favor of giving Siemian a bunch of snaps instead. Made no sense since they kept both anyway and TS is what he is as a player and that's not much.

So, QB, WR, TE and even RB are the biggest question marks for me heading into next year knowing we have zero cap space to bring in any meaningful FAs at those positions.

The D in the off-season seems to be all about M. Williams and I guess Davenport. Not sure we can afford to keep Williams.
Click to expand...

I think Davenport has to be gone. We didn't pick up his 5th year option. The guy seems to possess crazy ability but he cannot stay on the field. 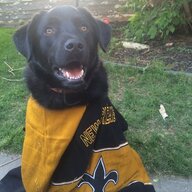 Did we see enough with Jameis at QB to roll the dice on him for another season?
Please don't tell me Taysom is our QB1?
Do we go after Russ or Deshaun (provided his legal trouble are behind him)?
Drafting a QB is likely not in the cards this year. Certainly a down year with no QB projected in the top 10 in a long time.

WR2 and maybe WR1
MT remains an enigma. Does he come back and if so with the right attitude or do we trade him to get more draft capital?
WR1 or WR2 seems like the logical pick in round 1. We all know it take WR's generally a year or two to catch on.

Defense seems to be solid and could largely stay together but yet there are question there.
Do we make Marcus Williams a rich man or let him go?
Do we have a CB2 opposite Marshon?
Do we pay Ceedy Deuce or let him walk in free agency after this year?

I don't mention the cap because it's way over my pay grade and Loomis and team seem to be magicians.
Click to expand...

Honestly, I think we see how season play out, see who will keep fighting an being a leader through this tough season. That will be step one from where we will need to go from here on out.

Cajun Chat said:
I think Davenport has to be gone. We didn't pick up his 5th year option. The guy seems to possess crazy ability but he cannot stay on the field.
Click to expand...

Nope you resign him because of that ability, he'd probably would've played tonight if there was a reason, but this season osnt worth risking any further injury to anyone
OP

BayouSAINTJoe said:
Nope you resign him because of that ability, he'd probably would've played tonight if there was a reason, but this season osnt worth risking any further injury to anyone
Click to expand...

Online
I'm not a big fan of this WR/TE class. Much like QB... It's such a downgrade from last year that you're better off drafting a new tackle or QB 1st.

It's Treylon Burks or different position. There is no settling for a lesser WR 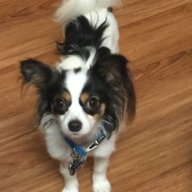 Taker597 said:
I'm not a big fan of this WR/TE class. Much like QB... It's such a downgrade from last year that you're better off drafting a new tackle or QB 1st.

It's Treylon Burks or different position. There is no settling for a lesser WR

I think we traded one of the threes for Roby.

Offline
Where do we go is a good question. With the most recent contract for Hill, I can’t even begin to think what this FO is thinking. Brees masked a ton of deficiencies and questionable moves by this FO. Even with that we were doing ok with JW sitting at 5-2.

Lutz will be back next year

Offline
I think we could be a VERY good team next year with the right pieces. Mike Thomas back, another 1st round pick at WR, a few more draft picks at maybe WR, TE, & DT. I do believe that Sean will go after another top QB, at least try. Now this defense has DEFINITELY regressed. I don't know what the problem is there. Just more needs to fill.

Offline
IMO, our QB who can lead the team to the playoffs and win in the playoffs is not on the team. Jameis was just ok before the injury. Great deep ball, not great at anything else except the occasional scramble. The thing about Jameis is he doesn't run like a prototypical big running QB like Josh Allen. He's more awkward as a runner, and with the knee injury I don't expect him to run as much anyway. Taysom? Also just ok when he's had the chance to start. If he had the right instincts and could stay healthy, he would be a devastating runner, but his decision making is too slow and he seems to be an injury waiting to happen and is already on the wrong side of 30. His arm is just ok. I don't know where we find a QB, but we have to find a good one without breaking the bank. That's asking a lot, probably too much.

Obviously, scrap nearly all the WRs, hope like heck Thomas can come back healthy and be the player he was before the injury, and find a couple more guys who can play. Also still need a TE. This is another tall task. There are college teams with a better set of skill players than we have.

If Armstead and Ram can somehow stay healthy, we're set at tackle, and McCoy is a good center, but we are weak at both guard spots. Ruiz is looking more and more like a bad pick as a number 1. He looks more like a 5th or 6th round pick to me. He's too small and gets blown by too many times in pass pro. He seems to lack awareness--gets off the snap too slowly and can't diagnose where the pressure is going to come from. Need at least one more starting-caliber guard.

Need another defensive tackle, maybe two. Missing Brown and Rankins badly. Onyemata has been disappointing, and we really have no one else, just a bunch of journeymen. So we need a true nose and a true 3 tech. And we have to hope Davenport and Turner can actually stay on the field, or else we don't have much at DT either. If Davis can play at a high level another year and we can keep the defensive backfield in tact, we're good at the LB and DB levels, but I guess that's a lot to ask too.

Personally, I think we're a lot closer to a rebuild than some of the prior posters on this thread. What we are seeing is simply not a good team. There were signs of lacking real quality last year at the offensive skills positions, along with Drew's obvious decline, and while the defense was good it was not truly dominant. Brees was always able to elevate the team until the last year or two, but now that he's gone things just seem to be spiraling downward. How much of Payton's success was due to Drew?

Mojomajik9 said:
I’d resign Winston and if a good QB falls to us in the draft then take him too. But they absolutely must draft WRs, TEs and lineman. it should be an offense heavy draft.
Click to expand...

It should definitely be about injecting talent on the offensive side of the ball, but resigning Winston is still the biggest question mark because QB's don't come cheap and we are already recovering from a QB who sucked up a major part of our salary cap and for what Winston was able to do there were still question marks.
Show hidden low quality content