which play brought down the house in New Orleans the most? (1 Viewer)

Online
This is targeted more to the old timers...I am only lisitng 3, though.

Offline
By the end of the Rams game, people were already screaming for 4 quarters, and there was more than a soupcon of relief mixed in with the excitement.

The punt block was the lid blowing off a year-long pressure cooker of tension and anxiety with no relief.

I am going with the punt block.

Honorable mention of Dempsey's field goal. Because the Dome's got a lid, that was certainly the furthest any Saints cheer was ever heard. Just ask the people who left early? 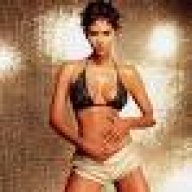 Offline
I went with Hakim. The return to the Dome might have been the biggest game, but biggest play would have to be that drop. I remember hugging everyone around me, me and my brother lighting the victory cigars we brought. It was a great day.

Offline
Fellas...I've been to many Saints games and there were many thrilling [bring down the house] plays that triggered the crowds 140 decibal ear shattering approval....but since you've only listed three and I didn't get to see the Saints inagural kickoff by Gilliam...I would have to go with the Gleason blocked kick....I was at the Hakim fumble game...but Gleasons' tops that....

The Gilliam play was phenominal there is no question however, fans hadn't been established yet. For that matter, it could have been a glorified LSU game since no one really had an emotional investment yet. Record setting, jaw dropping outstanding play? Yes! However, while it was an incredible moment, it was more of an " I was there!" moment than the kind that carried a lot of weight behind it.

The Hakim Drop was a seminol moment for sure! It seemed that, for that play and the recovery, we knew and realized that history had happened right before our eyes and the game then, was safely put on ice after a torrid 4 quarters. It was more of a relief cheer, but a weary one, that made it fun to go to work for a week.


Whereas the Gleason Block, at that time of such a significant game is one that gave everyone there and fans around the world notice that The SAINTS were BACK and "In Your Face!" kind of moment that established a tone that was to last not only that entire game but still lingers to this day as a moment in time that stated:
"This team is HOME!" and loved and supported by loyal fans who had been through so much and that this is a team worthy of that kind of fanaticism.

So, I voted for Steve Gleason's Blocked Punt and I am so very grateful for having been able to attend that Monday Night Game in the DOME, welcoming back our franchise and the frachise giving us fans a great reason to love the TEAM! 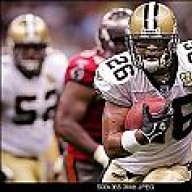 Offline
Has everyone forgotten Tom Dempsey's kick?
It was the first time in my young life (I was seven) that I watched a great mass of people lose their minds collectively and simultaneously...

Offline
Actually, the loudest play in Saints history came in week 13 of the 1987 season vs. the Houston Oilers. Warren Moon handed off to Allen Pinkett for a 2 yard loss. Bruce Clark on the tackle.

Offline
Well, if I were gonna vote for one of the biggest, that was in the Dome in the regular season, and not this year. It would probably be the unconservative play called by the ultra-conservative Mora. The Bobby Hebert - Mike Buck fake injury bomb. Anyone remember that? Bobby comes out holding his wrist, they bring out backup Mike Buck. We figure (as well as our opponent) 3 runs and out, and like a 60+ yd bomb. Then Bobby came back in grinning. 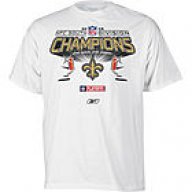 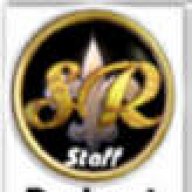 Offline
I saw them all live, but none can hold a candle to Dempsey's kick. I think because it was so improbable. No one could even believe it when he was lining up. I will never forget Alex Karas throwing his helmet!

Offline
Has to be the Gleason punt block....the upper deck was shaking. 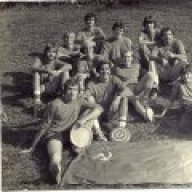 Offline
imagine if the crescent city relay had been in the dome? otherwise, I'd say the gleason blocked punt followed by the reggie punt return as the 2 that brought the house down...the hakim fumble is probably the most important, but i remember the crowd was more relieved...and the dempsey kick was good too...but i'm not sure the crowd understood the magnitude of the kick, other than a bad saints team beating the lions...

Offline
Gotta go with the Reggie punt Return followed by the gleason blocked punt... and the slam dunk of the goal post on the TD

LA_Steve said:
Well, if I were gonna vote for one of the biggest, that was in the Dome in the regular season, and not this year. It would probably be the unconservative play called by the ultra-conservative Mora. The Bobby Hebert - Mike Buck fake injury bomb. Anyone remember that? Bobby comes out holding his wrist, they bring out backup Mike Buck. We figure (as well as our opponent) 3 runs and out, and like a 60+ yd bomb. Then Bobby came back in grinning.
Click to expand...

yes, I loved that play.. Mike buck, if you put him in a hurry up offense would KILL an opponent.. only problem, if you give the guy time, he self destructs.

Reminds me how much I enjoyed Vince Buck, i really doubt related though.
Show hidden low quality content