Offline
Jarvis Jones and his questionable work ethic and 4.8+ 40 time, or Damontre Moore and his sub-par 40 and weak sauce bench press/combine?

Both guys were at one time considered sure-fire top 5 picks, but now it appears both are falling like stones!

I've seen Jones play quite a bit at UGA, and the kid just has "it" when it comes to getting after the QB. However, he is not strong vs the run and I never remember seeing him display anything even really average in coverage. He has a penchant for making splash plays (especially as a pass-rusher) --- then there's the back issue.

Moore was an absolute TERROR early this past season, and it appeared he was the truth. He tapered off as the season progressed, and then his basic flop at the combine saw his stock plummet! I didn't see him play as much as Jones, but from what I did see, he looked really good in games.

Offline
what about star with his defective heart? 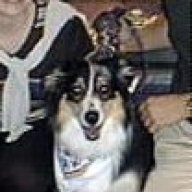 Offline
Barkley was consensus no. 1 qb coming into this season and he "shouldn't" be drafted as high as he is going to be. But still his star has faded quite a bit from the beginning of the season. 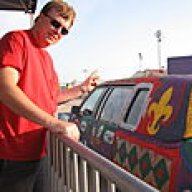 Location
Back in Metry

Offline
Let it be Jarvis. And let him be there and healthy at 15!!
Show hidden low quality content