While Sean Payton revels in Taysom Hill’s diverse skills, Matt LaFleur and Packers can only wonder what might’ve been (1 Viewer) 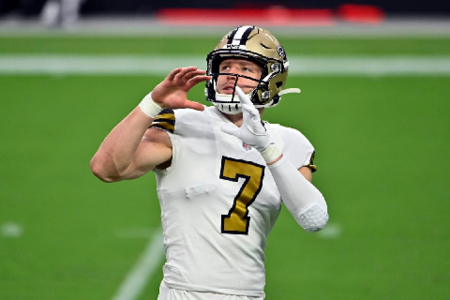 GREEN BAY — Sean Payton loves the story so much that, when given the opportunity to not have to retell it, the New Orleans Saints longtime coach still insisted on regaling his audience with the epic tale of how he ended up with Taysom Hill on his roster.

Hill, of course, has developed into one of the NFL’s most intriguing multi-dimensional weapons — the kind of versatile player who, frankly, would fit in well with the Green Bay Packers, the team that let him go at the end of training camp in 2017 and set the stage for his emergence in The Big Easy.

“There are not too many Taysom Hill-type players out there,” said Packers coach Matt LaFleur, who wasn’t with the team back when Hill was an oft-injured, 27-year-old undrafted rookie quarterback from BYU. “Those are guys that are just tough to find — a guy who can go in there and play special teams, or you can line up him really anywhere on the offensive side of the ball, whether it’s quarterback, running back, tight end, fullback, receiver.

“They’re a rarity, man. And if you definitely have a guy like that, that is an added luxury. I think it puts a lot of stress and a lot of strain on the defensive staff trying to prepare for somebody like that.”