Even though a day had passed since the Saints' 48-27 rout of the New York Giants, New Orleanians clung to the euphoria on Monday.

There were no banners, proclamations or parades to celebrate the Saints' undefeated (so far) status, but the excitement was clearly there, across the city and online, where "Who Dat?" messages proliferated on Facebook and MySpace.

"Obviously, everybody is excited, " quarterback Drew Brees said. "It makes it a little more fun to go to work Monday morning. Everybody's just got a little pep in their step."

Kenneth Riley, a former New Orleanian who lives in Texas but came back with three family members for Sunday's game, had three words for it: "Warm and fuzzy."

"When you walk around, you can feel it, " he said.

The buzz was definitely present at Lusher Charter School's Willow Street campus, where "When the Saints Go Marching In" was played at the morning assembly. And it even crept into the august confines of Civil District Court,where some jurors showed up in black and gold for the trial in a lawsuit related to city crime cameras, and lawyers mentioned the big victory.

Schoolchildren, jurors and lawyers had to hold their enthusiasm in check, but Loretta Boss operated under no such constraint as she served up hot lunches at Chef's Sandwich on Poydras Street.

Kathy Anderson / The Times-Picayune
A fifth-grade science class at St. Dominic School in Lakeview on Monday was a sea of miniature Saints. Monday was Black and Gold Day at the school, to show the team some love.

Kathy Anderson / The Times-Picayune
Even the teachers, such as second-grade teacher Amy Faciane, got into the spirit during Monday's Black and Gold Day at St. Dominic School in Lakeview.

This is great for Saints fans everywhere, but I am thrilled for folks back home in NOLA!!
Last edited: Oct 20, 2009 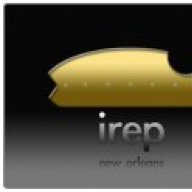 Offline
My dad is an educator and they have Black and Gold Day also. I love it.

Saints Triplett thinks Trequan is set for a “breakout” during remainder of the season (article from June 17), Mod edit
2 3