Offline
Now that Ricky Jackson has been snubbed again, who do we have in the Hall of Fame?


I would think Jim Finks?

Finks looks like the only one, the rest only played for 1- 4 years with the Saints

Offline
I humbly submit that, not so much from personal observation as based on the All-Pro and Pro Bowl team selections, Doug Atkins was not dwindling. We just didn't get him quite early enough.

saintlad said:
Now that Ricky Jackson has been snubbed again, who do we have in the Hall of Fame?


I would think Jim Finks?


Do we have any players who started out as Saints in the HOF?
Click to expand...

Are you a long lost twin that I didn't know about?

Be careful typing in here, people will start to think that I actually know a thing or two about football. 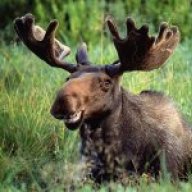 Offline
Tom was a one kick wonder. I remember watching him miss extra points the year after his record. I believe that was his last year as a Saint.

Offline
I guess the bottom line is that we have no one in the HOF who is there specifically because of their time with the Saints, with the possible exception of Finks and he was also well accomplished before coming here.

Offline
I would've thought Abramovich (sp) wr would be in there

Offline
Look for Wilie Roaf and Morton Anderson, after he finally retires.

Offline
Willie Roaf will get in there.
Show hidden low quality content