Who has been the most underrated Saints player thus far? (1 Viewer) 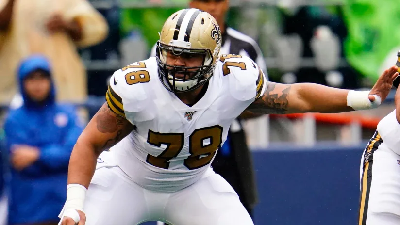 The Saints return from their bye week after some much-needed rest. It wasn't quiet at all, as the Michael Thomas drama seemingly kept growing along with the news coming out of owner Gayle Benson being the victim of an attempted robbery. However, it all calmed down, and there was even some good news to come out like rookie Zack Baun getting married. Now, it's back to football for Sean Payton's squad, as they look to keep pace with the Bucs in the NFC South.

We know the big players like Alvin Kamara and Demario Davis who have been huge for the team through their first five games, and they obviously deserve a ton of praise, but what about the others? The Saints News Network Crew recently got together to weigh in on who the most underrated player has been this season.

Erik McCoy has done a great job in his second season at the center position. He has not given up many inside pressures while pass protecting for Drew Brees. Trey Hendrickson has 4.5 sacks and is one of the NFL leaders in that category. Cam Jordan said Hendrickson is starting to get chips and double-teams, which is a sign of respect from opposing offensive coordinators. They recognize his talent.