Who is the next Saint to get his first TD of the season | New Orleans Saints - SaintsReport.com
Menu
Log in
Register
Navigation
Install the app
More options
Change style
Contact us
Close Menu
You are using an out of date browser. It may not display this or other websites correctly.
You should upgrade or use an alternative browser.

Currently reading:
Who is the next Saint to get his first TD of the season (1 Viewer)

Offline
Who do you think will be the next Saint to score his first touchdown on the year? Lots of choices!

Offline
Reggie Bush already has a TD so he shouldn't be on this poll. I picked Billy Miller. Time for a TE to step up.

Offline
i think going up againt the TO prone steelers, a defensive TD would be the safe bet
OP
OP

Offline
Yeah, I meant to put "Reggie Bush from scrimmage" but I can't find how to change the poll options.

David Robbins said:
Reggie Bush already has a TD so he shouldn't be on this poll. I picked Billy Miller. Time for a TE to step up.
Click to expand...

I agree.
Our TE name sure haven't be called to much.
OP
OP

Offline
Does anyone know how to edit the poll? I can only edit the first post.

Offline
Chuck, I can see an "edit poll" button just on top of the poll - right side. It may only be visible to mods/admins. I went ahead and edited your poll just in case. Let me know if it still needs changing. Thanks!

Offline
Will Smith on a scoop and score

Offline
Brees bootleg? Why is he out of the race?????

Offline
Karney scores from 5 yards out, leaving cleat marks all over Joey Porter.

Offline
There are lots of ways to go here. The Steelers have been terrible on special teams, so you could pick Michael Lewis or Reggie Bush to return something for a TD. They have also turned over the ball a lot, so you can pick a defensive player - maybe it's time for Josh Bullocks to return a pick. Given the number of touches Reggie will get, he's way, way overdue to make something happen. And the coaching staff seem like like Terrence Copper, so maybe he'll get one thrown to him.

I'll go out on a limb - Bullocks takes one 80 yards to the house.

Offline
Billy Miller due to his ultra unique and original name.
OP
OP

Great Dane said:
Brees bootleg? Why is he out of the race?????
Click to expand...

That's true- I guess if Reggie from scrimmage was an option, Brees rushing should have been. 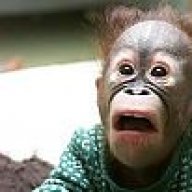 Offline
Defense, against the T/O prone Sqeelers, it will happen on their opening drive....
Show hidden low quality content