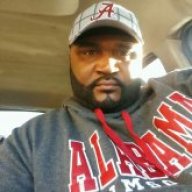 Offline
i like sean as much as the next guy or gal, but i can't help but to think we may have miss out on a good coach in Mike McCarthy,getting all those young guys to play like they are playing an some of the play calling is unreal for a first time coach 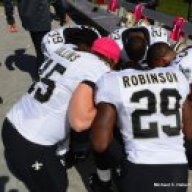 Offline
i think sean is going to be a very good coach. he made some mistakes in his second year.but i feel he will come back strong.

at least he was right

Offline
McCarthy had the Saints lighting people up with AB at the helm, so I'm not surprised that he was able to get Farve going with his young cast.. I've always felt that the two QBs were more similar than not. I'm sure that he has learned from over-complicating his schemes here, and I wish him the best

Offline
some people are better head coaches than coordinators, and vice versa

Offline
McCarthy did the best he could with that offense...he did have some head cases for players,though

Offline
sean payton is a great coach, no doubt in my mind that we could make, and win the superbowl with him controlling this offense

Offline
Most of the fans on this message board were ready for McCarthy to go when he was OC here.

Which demonstrates that most of the fans on this message board shouldn't be in charge of who coaches here at New Orleans.

LSSpam said:
Most of the fans on this message board were ready for McCarthy to go when he was OC here.

Which demonstrates that most of the fans on this message board shouldn't be in charge of who coaches here at New Orleans.
Click to expand...

I was very impressed with Mike.
I remember when he left that there was much talk/rumor/hidden truth about him refusing our offer to extend and what influence the presence of AB on our roster had on his decision to move on.

From what I remember there was some belief that AB was held to a different standard than others and that was killing HAZ's credibility as a HC.

Also the prima dona nature of AB rankled him greatly.

Dumming down the play selection must have really been one of the final straws though.

Ultimately he made a smart decision moving away from HAZ. IMO.

Too much emotion and anger management skills are required to be an NFL HC for HAZ to ever be successful at it.

Still, I think Sean is on the right track.

With either Sean or Mike at the helm, a team that plays good defense will have a great opportunity to be in the hunt because those guy's offenses WILL score points.

Offline
Mike McCarthy is going to ruin the Packers. Great season, I'm happy for him, but his stupidity will shine through much like Mora Jr.

The guy is a smart fellow.

Is this one of those cases where someone has run out of superlatives and simply utters a word that is off the cuff and completely inaccurate?

Offline
Maybe stupid is inaccurate. How about "not as smart as other coaches, namely Sean Payton."

St.Ryan said:
Maybe stupid is inaccurate. How about "not as smart as other coaches, namely Sean Payton."
Click to expand...

I'll buy that. There are not very many as smart as Sean. Not many as "cute' either.