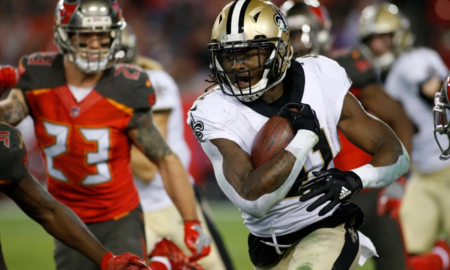 Breakout rookie punt returner Deonte Harris was an unexpected absentee on the New Orleans Saints injury report, with the team ruling him out for their Sunday game against the Tampa Bay Buccaneers. Harris’s loss is huge; he’s been the best to do it for New Orleans since Sean Payton was hired as head coach, and the rookie is the only player in the NFL with 200-plus yards on both punts and kickoffs.

Unfortunately, a late-game hamstring injury versus the Atlanta Falcons has put his availability in doubt, though the team already put him on the shelf this week. Hopefully this won’t become a lingering issue that derails his promising NFL debut.

In the meantime, who will the Saints roll out to fill in for him against the Buccaneers?