who would get the mvp (1 Viewer)

Offline
if brees throws for 300yds 3more games and breaks the record, and marinos passing record, or LT breaks the RUshing td record, who do you think would get the mvp?

Let's make it to the playoffs. 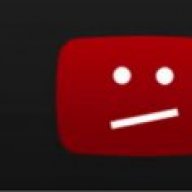 Location
In your base, killing your mans™

Let's make it to the playoffs.
Click to expand...

You're right, Brees is thinking about how to win, and the Saints are focused on making the playoffs. This thread isn't directed toward Brees or the rest of the team, it's a question posed to the fans on this board. How on earth can the thought of our QB being in MVP consideration not get you excited? So sorry that you're tired of threads like these, but I don't see how discussing these things hurt our chances.

As for the original question, if that scenario played out, I think LT gets the nod. I'm happy Brees is even in the hunt, to be honest.

Offline
Although I think it would be cool if Brees got the league mvp award, it would be even cooler if the got the super bowl MVP award

Frank The Rat said:
Although I think it would be cool if Brees got the league mvp award, it would be even cooler if the got the super bowl MVP award
Click to expand...

Offline
LT is on an insane pace... unless he slows down I see him winning the mvp MAYBE co with brees. Who knows though Lt might suddenly stop scoring so many tds and if Brees keeps up with what hes doing he could very easily win!

Offline
I have to go along with Frank, SB MVP would be the ultimate. Brees deserves at least a co-mention, if his high level of play continues the rest of the way.

Offline
Bress no question. Like you said if he still playing at high level

Offline
Does anyone even think Peyton Manning should even be in this discussion? To me LT and Brees are in a two-way race.

Offline
Bress should be the hands down winner.

Offline
I think this year they should share the award. I do agree with Frank the Rat that having Brees as the Superbowl MVP would be ideal and best turn of events. But I honestly believe that both Brees and Tomlison deserve it. If Brees breaks Marino record, I honestly feel that it is bigger than the touchdown record. Keep in mind that the touchdown record has been broken several times in the last few years. Each year, some guy--whether it has been Priest Holmes or Marshall Faulk or Shaun Alexander or, now, LT--seems to become the new single season touchdown record holder.

But since 1984, no other QB has thrown for 5, 000 yards or come close to break Marino's record. Kurt Warner threatened the record the most and even he fell short. So for Brees to even be on pace to at least get to 5, 000 yards is remarkable. I think he does it. If he breaks the record, then there is no way that you can not give him the MVP award especially with us winning. It would be probably seen a little differently if we were 4-12 and always playing from behind. But if we end up 12-4 and Brees has thrown that many yards, then the numbers become really incredible and merits consideration for the MVP award.

LT deserves a share because while the TD record has been broken several times in the last few years, LT is on pace to obliterate the record. With 5 games left and him having already scored 24 touchdowns, he very well might get to 35, which would just be outstanding. I do not think it would be better than the Brees record, but given that he means so much to that S.D. team, he should at least get the Offensive Player of the Year award if not a share of the MVP.

Offline
When Brees was first considered a candidate I thought there is no way he gets it over Peyton. Now, Brees numbers and play could justify being named MVP over any other QB. LT is truly doing something more amazing than Brees, and it's in the bag if he continue's his pace. Brees could win it if he breaks Marino's record, gets well over 30 TD's and wins the division....also the Chargers will have to faulter somewhere along the line. Had to be pessimistic, but thats what would have to happen. LT is a freak.

CHI-TOWNSAINT said:
Does anyone even think Peyton Manning should even be in this discussion? To me LT and Brees are in a two-way race.
Click to expand...

How good do you think the Colts would be with Jim Sorgi at QB?

Offline
Brees should get it, He's doing more than just throwing balls and breaking records, he's doing alot for the community, has turned a 3-13 and past bad game team into a winning product and has Rehabed himself into some Mutated Throwing machine.

Offline
if LT keeps the way hes playing he will probably get it.

hes on track to get 35+ TD's as a RB. thats incrediable.
Show hidden low quality content