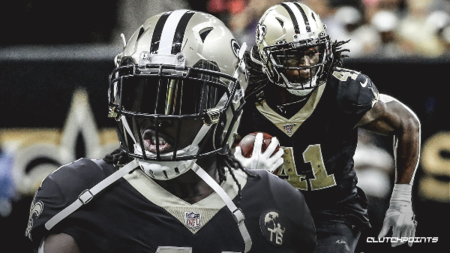 The New Orleans Saints have won nine of their last 10 games. They are currently 10-2 and are in possession of the two-seed in the NFC. In Week 14, they will be playing their biggest game of the season against the San Francisco 49ers. For them to come out on top in this game, they will need to get one of their best players established early.

Alvin Kamara has had an up and down season so far. He has battled injuries which forced him to miss two games. When he is on the field, the Saints seem to be using him with caution. Kamara has not carried the ball 20 times in a game this season and he has just three games over 15 carries. He remains active in the passing game with 64 catches on the season. Latavius Murray has played well this season but he is not the threat that Kamara is.

Since entering the league out of Tennessee, Kamara has made his name as a dynamic, dual-threat running back. If he is healthy, it is necessary that he gets the ball 25 times against the Niners.

We are the #1 seed, not the #2.
Show hidden low quality content