Why are we going away from the running attack? (1 Viewer)

Offline
Lots stuff to go around offensively especially the running game… it seems like when we do get it moving our guys fumble it - this leads to less trust to run it more.

But, overall our offense is just… dull for lack of a better word. I would scheme around AK to get him in space and then from there i would work it to other players which should open up once you get AK in space and create that constant threat. He had a little bit of room on the long run in the beginning of the game. Thats about it, from there our offense was easy to read and no ability to deal with the blitz. Ive never seen a team / qb / oc staff deal with the blitz worst than today.

IlovemySaints said:
He’s a back who likes to read and react just when the defense meeting you at the line not much to read he’s a open field guy we need a run you over type back
Click to expand...

I agree, been saying the same. Was told this isn’t Madden. Lol

j4m2b said:
Kamara seems to struggle with separating himself when he has the room. Not as explosive as his rookie year.
Click to expand...

Rookie year Kamara was something special

Pkessling said:
Did you see how many times we ran into a heavy box on first and second down? Now and then the backs broke one but the majority of the time they were getting hit in the backfield.
Click to expand...

TIME for some misdirection run plays! Of course , having Deonte Harty helps that style of play quite a bit! Thing is? We've got the horses to get it done, we have good blocking TEs and , (when healthy) a TE , in Taysom Hill, who can be a surprise for whomever he turns out to be! He's a BEAST when he's allowed to do his thing!
I'm not pretending I know more than DA or PC but there are many "issues" I have with how long we're waiting on JW to show up & show out ON The Field! He's learned how to talk the correct talk in interviews which gave us ALL hope he had learned a big lesson; but that hasn't helped his comprehension of blitz direction, ability of shedding the grabbers and the flailing around his legs and where Drew just knew HOW to move the slightest bit to escape and find his passing lanes, all while KNOWING where his receivers are or going to be and throw them OPEN~! This is what a HOF'er QB does and seems JW would have picked up on some of that. But he didn't and seems he has slipped back or maybe always has been his own Jameis Winston who, I guess, looked great enough in Camp where the bullets are NOT flying and "supposedly" beat out Taysom, who has PROVEN himself , at the very LEAST an NFL caliber PLAYER!

While that dog can lie, let's have some Taysom and Andy working the field together and take this team as far as these talented players can go!


Gotta say; Our "Defense" , while not complete unit on the field, seems to be lacking the FIRE! Where is the Honey Badger's # being called or breaking up passes to all of those Ints. it felt as though he'd have?

Offline
This offense reminds me alot of the 2020 LSU offense after Brady and Burrow left. 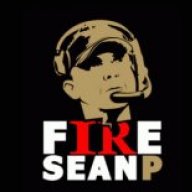 DerrickB said:
Who had the hot hand? Lol
Click to expand...

The One Who May Not Be Criticized

Knew you were being very facetious and knew who you were referring to. Lol 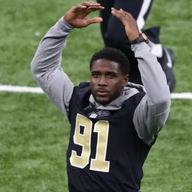 There are just two groups. Those criticizing Jameis along with other facets of the game (coaching, fumbles, missed FGs), and those who refuse to criticize anyone BUT Jameis.

There are just two groups. Those criticizing Jameis along with other facets of the game (coaching, fumbles, missed FGs), and those who refuse to criticize anyone BUT Jameis.
Click to expand...

Nah you can criticize him.

Offline
Kamara with all his balance training sure goes down easy on breakable tackles. A lot of game plans are built on stopping Alvin so it's up to our game plan to change that. If I were Pete, I'd run the 2 minute offense exclusively to start games. Then go from there.

Online
Can anyone explain why the Saints often run the ball on 2nd and long? It's fooling nobody.

Saintslfc13 said:
We’ve been bad at blocking inside runs all year. Doesn’t help that even when teams expect pass they’re blitzing anyway so the line is always overwhelmed. This is where the quick pass plays worked in the past, but, well you’ve seen us play so far. It’s just ain’t working consistently.
Click to expand...

I noticed that we don't do too much of that. What do you call it blitzing? What's that?

jasonsw said:
This offense reminds me alot of the 2020 LSU offense after Brady and Burrow left.
Click to expand...

Glad you brought that up. Where is Brady right now, he can definitely call a better game that Pete

There are just two groups. Those criticizing Jameis along with other facets of the game (coaching, fumbles, missed FGs), and those who refuse to criticize anyone BUT Jameis.
Click to expand...

I've seen a lot more folks who criticize everything BUT Jameis. He gets a pass, but for DA (whom I also thought was a bad choice like like I thought JW was), it's open season. Checks out.

i_am_error said:
I've seen a lot more folks who criticize everything BUT Jameis. He gets a pass, but for DA (whom I also thought was a bad choice like like I thought JW was), it's open season. Checks out.
Click to expand...

I don't know man, I feel like every thread I jump into and vocalize concern to any aspect of the game other than QB play I just get quoted with more Jameis bashing.

No one gets a pass with how we've looked for the first two games. I'm not a fan of our QB play but I'm also really concerned by our predictable playcalling and inability to make adjustments. Pete is calling plays as if it were 2017-2020 with Drew's declining arm. The difference is, Drew was able to get us out of bad looks when we were facing a stacked box. That's what made Drew special, is that most of the time he was beating the defense pre-snap. Jameis ain't there yet (and probably won't ever) and Pete knows that. He needs to be better in his playcalling. The playcalls are so predictable it's not even funny. We're talented enough to move the ball and score, but even an average defense can thrive against superior talent when they know what's coming based on film study.
Show hidden low quality content

Going to my first away game