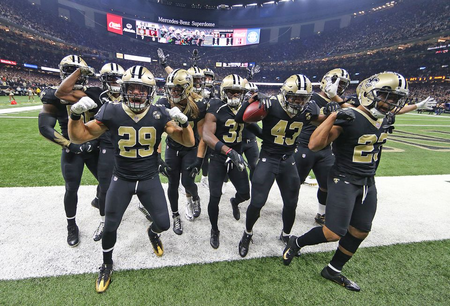 New Orleans Saints cornerback Marshon Lattimore versus Atlanta Falcons wide receiver Julio Jones seemed to be an exciting matchup that would play out for many years.

In the previous three meetings between the NFC South rivals, the Saints entrusted Lattimore with the task of covering Jones, one of the league’s top receivers.

Then, on Thursday (Nov. 22), the plan changed. Instead of Lattimore going toe to toe with Jones, the Saints instead had cornerback Eli Apple line up across from Jones, with help from a safety, while Lattimore primarily covered rookie Calvin Ridley.

The decision from defensive coordinator Dennis Allen clearly paid off. Jones finished with 11 catches for 147 yards, but the Saints defense had a dominant performance with four turnovers and six sacks in a 31-17 win over the Falcons on Thanksgiving at the Mercedes-Benz Superdome. ...