Offline
that so many fans have to hate on a player? Now Reggie is struggling and so many are saying he is a bust. Why not understand that he is a rookie and support him instead of making him out to be a bust? Ever wonder why so many players have wanted to leave? This could be some of the problem. Lay off of him and he will eventually figure it out. However, if you are going to continue to dog him, I do not want to hear it when he breaks loose.

Offline
Its just because of all the hype he received. He was suppose to be GOD coming into the league and hasn't wowed everyone with ridiculous stats.
OP
OP

Offline
I understand that but it should not be coming from our own fans, I understand outside of our team.

Offline
I don't understand why we stopped using him in the passing game like we did early in the season......I don't remember him lining up in the slot one time today.

Offline
Most of the people saying this are doing one of two things, IMHO, they are either watching the ball only, or they are watching Bush only. They are not watching the other players on the entire field and how each play is developing.

Notice that Defenses that do the latter are getting torched.
Shadowing a good player is common in the league, and defenses will usually try to roll coverage to the hot player, Tampa especially because of the 2 deep zone coverage from their safeties.
See the first TD pass to Devery, Colston got the safety to bite on the out route while the other safety was rolling towards Reggie's side and Devery got in between them for a 50+ yard catch and run for a score.

Reggie does need to work on his field vision, which will come with more carries and some experience. Let the haters hate and leave 'em to their misery.
I'm quick to flip that 'Same ole Saints' switch, but that may just be a conditioned response from years of abuse. So I can sort of understand where they're coming from, but it won't bother me as long as this team keeps giving it 100% every game.
That's all I wanted out of them this year, was to not quit or give up and play good, smart football. They have exceeded all of my expectations.

Offline
It's the NFL. It's like people hating on Peyton. It's like players are supposed to apologize for the accolades they recieve. As if Bush or Peyton or any of those guys are supposed to go on TV and say "Look I appreciate the praise, but i'm not as good as Addai/Brady, so please, stop talking about me"

ATC Saint said:
that so many fans have to hate on a player? Now Reggie is struggling and so many are saying he is a bust. Why not understand that he is a rookie and support him instead of making him out to be a bust? Ever wonder why so many players have wanted to leave? This could be some of the problem. Lay off of him and he will eventually figure it out. However, if you are going to continue to dog him, I do not want to hear it when he breaks loose.
Click to expand...

Well lets pretend for a minute that Bush is not playing for the New Orleans Saints.Lets say he is playing for the Texans.What would your honest assessment of Mr Bush be then?Probably the same thing everyone else in the football world is saying. 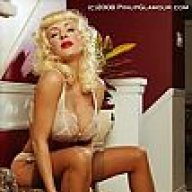 Offline
Reggie will be fine He's a rookie and is still learning give him some time and he will be a top back. So much is expected right away and the media doesnt help. I still believe in the boy.

mac504 said:
Well lets pretend for a minute that Bush is not playing for the New Orleans Saints.Lets say he is playing for the Texans.What would your honest assessment of Mr Bush be then?Probably the same thing everyone else in the football world is saying.
Click to expand...

If the Texans are 6-2 or have the same record?

Offline
i don't think anyone has called Bush a Bust. It just baffles some of us how Deuce can gain positive yards while Bush gets stopped in the backfield. If defenses are keying on Bush that much then that would leave others open. It also blows my mind that since Payton is an offensive genius, why hasn't he found a way to get Bush the ball without having the entire defense in the backfield with him. I would love to see that stretch play like the Colts do and some misdirection/counter plays should also work to give Bush a hole to run through.

Offline
I'm one of those people who wasn't THAT impressed with Bush in college. You know why guys like Timmy Chang, Sonny Cumbie, Eric Crouch, and Thunder Collins aren't in the NFL? They were system guys. Reggie Bush, imo, is another system guy, the difference being that other components in the system (strong run/pass blockers, solid WRs, very smart quarterback) translate well into the NFL, while Reggie's skill sets, while very impressive, did not ensure that he would be a good NFL RB in my eyes. I saw him break all of 1.5 tackles in 3 years at USC, and his best "inside" runs came with gaps wide enough to make Michael Strahan's grill jealous.

The unfortunate part of my prognosis is that I think Bush is so stuck in his ways, that he'll never quite be that NFL runner. All the "give him time to learn" talk smacks directly against the commonly-held opinion that running back is the easiest position to plug-and-go. Unless he gets the holes that he had in college, or linebackers make a retrogression in their physical/measurable tooling, he'll continue to have these types of struggles.

Offline
I think if Bush was averaging 3.6 YPC, getting 12 rushing attempts for 40 yards, catching a handful of passes for another 40 yards (much like the first couple weeks) you wouldn't hear anything out of most of the so-called "doubters".

However, when you have a back takeing significant carries away from another back averaing almost 4.4 YPC, then you have a problem. Deuce has carried the ball 111 times (including today) for 487 yards. Reggie has carried the ball 81 times (including today) for 207 yards. That is only 2.56 (rounded up) YPC. Now I know most runningbacks have a backup to spell them. However Reggie is getting 73% of the touches Deuce gets in the running game. Thats a significant amount more than a normal backup or 3rd down back. If you give Deuce even half of Reggie's running attempts his numbers, in essence, would be much more statisically better. You have a running back tacking over 40% of the offensive rushing attempts and he is averaging almost 2 YPC less than the other back.

I know the game plan, I know you have to give Bush the ball or the defense will not believe the threat of a run while he is in there. I just think some of his carries would be more effective if they were given to Deuce.

I know he isn't a bust, I know he is a rookie, I know he has helped this team win, but results are what matters. Like I said if Reggie was getting 40 YPG rushing and another 40 YPG receiving with the occasional big play (be it on special teams or on offense) 9/10 "doubters" wouldn't have much to say.
Last edited: Nov 6, 2006

TQNOLA20 said:
If the Texans are 6-2 or have the same record?
Click to expand...

Reggie Bush is not the primary reason we are 6-2.

I thinks its a smack in the face of the great players on this team to suggest that we are some how lost without Reggie Bush being a decoy. 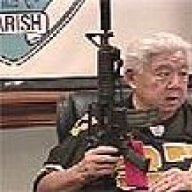 Offline
Reggie himself has complimented Saints fans on how supportive we've been in the dome. Everyone supports the kid. I just wonder if the coaches are doing a good job with him. Several times on today's broadcast, they showed numerous examples of Reggie overrunning his blocks and missing the hole completely. In my opinion, this can be corrected by some extensive film sessions. Are the coaches not hammering this home to Reggie? Or, is Reggie finding it difficult to change his approach? Whatever it is, it needs to be corrected. And I think it will, and i'll support him every step of the way.

TQNOLA20 said:
If the Texans are 6-2 or have the same record?
Click to expand...

Reggie is PART of the reason we are 6-2, however so are 50+ other players on this team. There are only two players I think we can not afford to lose. Those players are Brees and Deuce.
Show hidden low quality content