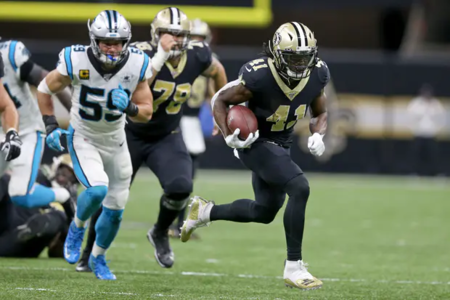 The New Orleans Saints have several enormous contract decisions to make over the next two years. Pro Bowl CB Marshon Lattimore and All-Pro offensive tackle Ryan Ramczyk had their fifth-year contract options picked up by the team, but are still scheduled to be unrestricted free agents at the end of the 2021 season unless extended. At the end of this coming season, New Orleans must deal with expiring contracts of key players like TE Jared Cook, DT Sheldon Rankins, LB Alex Anzalone, LB Kiko Alonso, FS Marcus Williams, DB P.J. Williams, RB Alvin Kamara, LB Demario Davis, along with finding a new quarterback after the expected retirement of Drew Brees.

The team's front office has done a masterful job at juggling the financials of the salary cap to keep one of the NFL's best teams intact, but keeping all of those players and the contracts they will command will be difficult. Most expect the Saints to make the biggest push to re-sign Kamara, who is perhaps the league's most versatile back and likely to pull in an average of close to $15 million dollars per year with his next deal. Kamara has rare abilities and has been a vital part of the Saints offensive success since joining them as a 3rd round pick in 2017. Re-signing a player with elite talents as his should be a priority, but the thought here is that the next top contract priority for New Orleans should be on the other side of the ball. ...