“I coached high school 15 years prior to getting him, and he was something I had never seen,” Mariani said by phone. “Every time he stepped on the field, he was the best player, hands down.”

Hill was the punter and kicker as well. He returned kicks in big moments. He played some linebacker and safety.

“His first play his senior year at quarterback, he dropped back to pass, and he didn’t see anything he liked, and he took off and ran 87 yards for a touchdown,” Mariani said. “He’s just one of those players, he rises to the occasion.”

Hill overcame a series of devastating injuries at BYU — as well as the death of his brother Dexter, who succumbed to an opiate addiction in 2016 at 31.

“I think every day that he steps on the field with that No. 7 … He was 3 here, he was 4 at BYU, he changed to 7 after his brother died. That’s what his brother’s college number was to kind of honor his brother and play for him,” Mariani said.
Click to expand...

That was something I never knew about Taysom Hill. Hope he does his brother proud today. 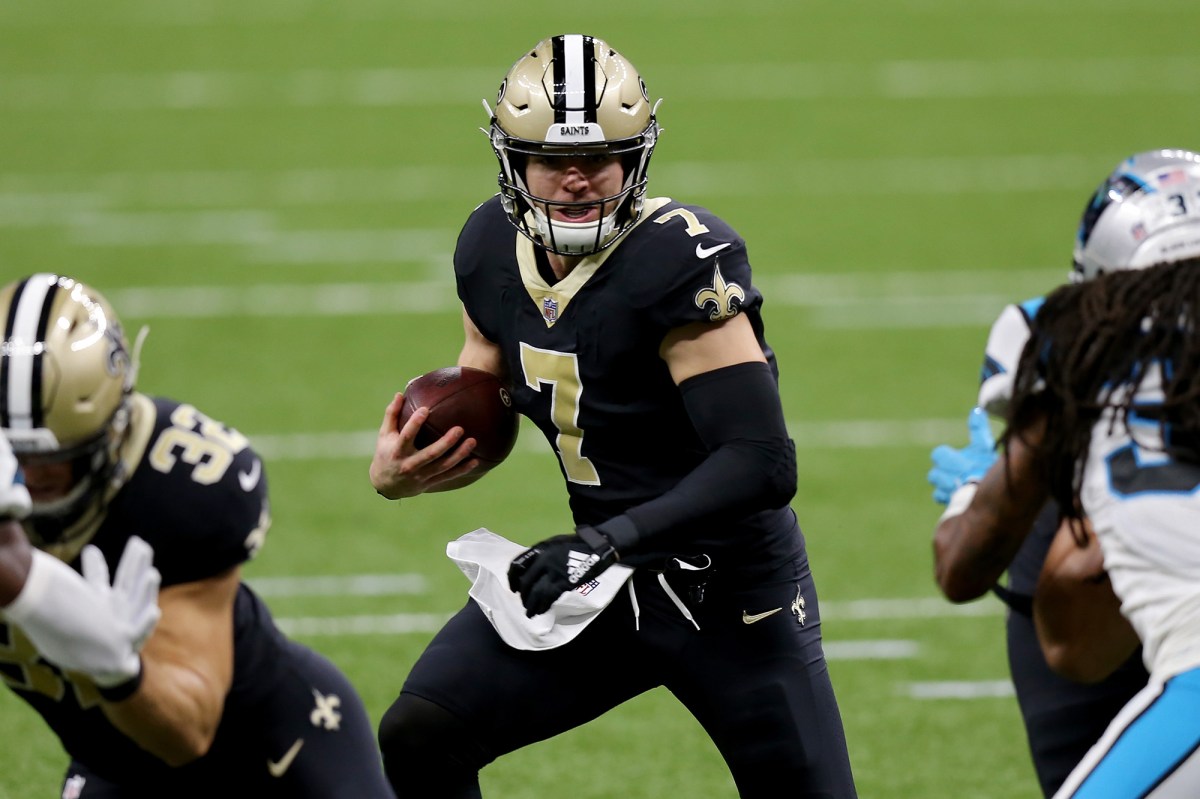 If it is indeed Taysom Hill who trots into the Saints huddle at the start of their game against the Falcons on Sunday, this will serve as his first audition to be the successor to Drew Brees as ear…

Online
Glad to see Taysom help the Saints get a win in his first NFL start. Not perfect, but a good effort and a fitting tribute to his brother today.
Show hidden low quality content