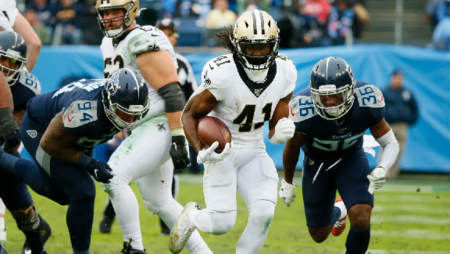 The hottest take swirling around the New Orleans Saints this offseason? That they should actually consider trading all-world running back Alvin Kamara. Over his first three seasons in the NFL, Kamara has cemented himself as a top skill player in the game, helping the Saints to 37 wins to date. He has amassed over 1,300 total yards in all three seasons, makng the Pro Bowl each time. They couldn't actually kick him to the curb, right?

As the Saints weigh whether or not to grant big-time contract extensions for their core group of young players, Kamara might just become a casualty. Some prognosticators have labeled him a potential trade candidate after battling leg injuries last season. He only reached the end zone six times in 2019 after hitting paydirt 18 times in the yar before, and had career lows in rushing and receiving yards. Given that the Rams' record-setting Todd Gurley contract extension turned out to be a colossal mistake, the Saints won't want to make a similar mistake one year from now.