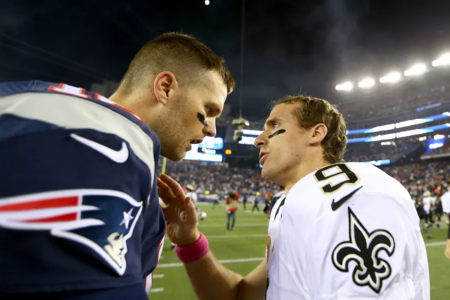 Well, it’s over. Tom Brady announced that he’s leaving the Patriots after 20 years. His run in New England produced the greatest dynasty in NFL history and now his football career will finish in Tampa Bay.

While the Brady news was dominating the NFL news cycle, quietly the Saints re-signed their quarterback, Drew Brees, to a team-friendly two-year, $50 million contract.

Why did these future Hall of Famers take different paths this offseason?
The Saints have prioritized getting Brees more offensive talent

We have to start this discussion around team building. Both Brees and Brady are at the stage of their career where they can’t do it all themselves. They need help. The Patriots fell far behind the Saints in that regard, with the gap widening even more between the end of 2018 to now. ...