Will Drew be Next to Restructure? (1 Viewer)

Online
I can see him following the other guys lead.

Offline
I doubt it. If it's just a restructure where we give him a signing bonus, that makes his cap hit even bigger in the later years. That being said the only restructure that would make since would be one in which he takes less money in the coming years. Why would he do that when he held out to get the contract he has right now?

bbourque5 said:
Why would he do that when he held out to get the contract he has right now?
Click to expand...

For the teams best interest. 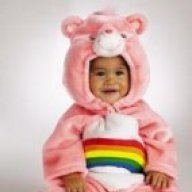 12Stang said:
Nope he earned his money
Click to expand...

None of the Saints players in the news today took a paycut.

It's possible he does it this season, but with the cap space freed today plus Vilma/Smith cuts being able to save $14-16m (depending on whether they choose to accelerate Smith's remaining signing bonus or designate him as a post June 1st cut and deal with it next season), they can wait until next season if they choose to. 2015 is when they HAVE to restructure, likely by extending him beyond his useful shelf life, converting base salary into signing bonus, and taking a big cap hit when they cut him and start rebuilding.

Offline
The only thing I see happening with Brees is kind-of-like what Brady did. Give him an extension with decent base salaries and a small signing bonus where the old signing bonus can be further spread out over the contract. I don't see any other possibility for a restructure, unless the cap makes a sudden and unexpected jump.

This is the million $$$ question....and it depends greatly how will the draft of this year fare??

In 2 years we'll have the answer. And if the Saints FO drafts well, then the Saints will have a good chance to make some moves with Brees, so the cap hit won't be that severe......but if the drafted players are close of being busts...then expect fireworks. Then it will be quite clear the Saints just don't know how to draft defensive talent, and Loomis will be forced to look to the FA more & more. That will be the expensive way to go, and probably will be the end of Drew Brees in NOLA.


Brees was put on the spot about Tom Brady's team-friendly extension in a Wednesday radio interview. It's a nice gesture, but probably an empty one. Brees' cap numbers are already colossal for each of the four years remaining on his deal. The Saints will look elsewhere for cap relief

His cap number this year and next year, while high, are managable. Then in 2015/2016 they get crazy high.

So, saving about 6M now hurts us even worse in future years by 2M each year. His actual salary isn't big enough, compared to bonus to make it worth while.

Now, in 2015, if he doesn't do a Brady special, they could turn a lot of that salary into bonus and just make 2016 be a crazy cap loaded year.

So, it's not impossible, but I think Loomis has shown he doesn't need Drew to do anything yet to make room.

Remember, Vilma and Smith will either be gone or at a much reduced price. We'll be about $10M under the cap by the time those two are dealt with. Plenty of room to re-sign Bushrod, or someone else.. and then a couple other players/rookies.
OP

Online
I wonder if they approached him saying "we need you to restructure x amount of dollars so that we can afford x impact player that should sure up a position and get us to the Super Bowl." If he would do it? Remember when Sean gave Greg Williams cash out of his pocket to make that hiring happen? Something of that nature (with Drew giving up pay so some other guy could come in).

Offline
I'm thinking they will only go to the "Bank of Brees" if absolutely necessary..

As Saint Ward pointed out, his contract is structured to re-structure in 2015.. anything before then would only be a modest savings.

Offline
Unless he actually renegotiated it.

That would be a statement.

Of course I'm assuming a difference between a restructure and a renegotiation.

12Stang said:
Nope he earned his money
Click to expand...

So I guess that makes it OK to, ya know, put the team in financial jeopardy.

jrdbrn said:
So I guess that makes it OK to, ya know, put the team in financial jeopardy.
Click to expand...

Let us know the next time you don't try to get paid as much as possible.