will smith getting some love (1 Viewer)

Offline
Its pretty cool. Him and Charles Grant have stepped up the pressure, It like they been winning the line battles all year.

Offline
I'm sorry were you saying something??? Infamous504's avatars assests have me in a daze right now. Is that glaze?

Offline
Holy $%#^ Infamous, that Avatar is making me drool! Un-freaking-believable....

Offline
I hope none of yall at work 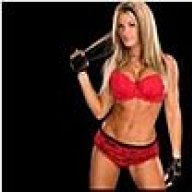 Location
Houston via BR via NO

Offline
Colston might be a rookie, but with our success and his impact to that success, he should be on that team over johnson from houston. Not even close. And another thing, our line leads the league with fewest sacks allowed right? Where's a lineman on that team. I think all the linemen he picked are deserving, but just thought we'd have seen a Saint OL. Not sure which one though. Maybe that is why none are on it. I really think Faine is having an all pro year. The center is so key for the OL jelling. Faine is underrated.

Online
Hey Infamous.. is that Vida Guerra? Man she's too fine for words...

Offline
Yes, it is my friend

Offline
OMG!!!!!!!
I have sinned, please forgive me...
Little old ladies in underwear...
Hi, honey I am just checking out the Saints slick rear, I mean Saints Vick is near..... We just hate Michael Vick. He just gets to much attention....

Offline
Sorry I got distracted, this thread is about lovin' sumptin?? right?
I couldn't agree more.

Offline
All that grease on her made me want a hamburger.
Show hidden low quality content