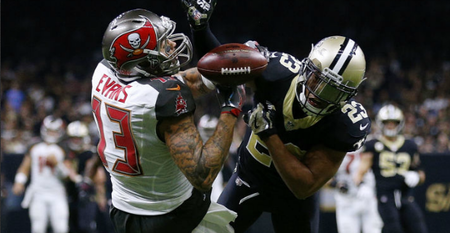 Last season, the New Orleans Saints entered competition almost universally expected to remain among the mediocrities of pro football after suffering through three straight 7-9 seasons. Those opinions were only confirmed further after the team stumbled out to an 0-2 record to open things up. But then a switch went on, the Saints rattled off eight straight victories, won the NFC South division championship, and played in the postseason for the first time since 2013.

They were 10 seconds away from playing for the NFC title against the Philadelphia Eagles when a freak game winning score went the wrong way against the Minnesota Vikings.

But now, in 2018, the Saints will look to repeat at NFC contenders and try to hoist the Lombardi Trophy in what would be an ideal situation: in the Falcons home stadium in Atlanta.

To get there, they have to win their games. ...