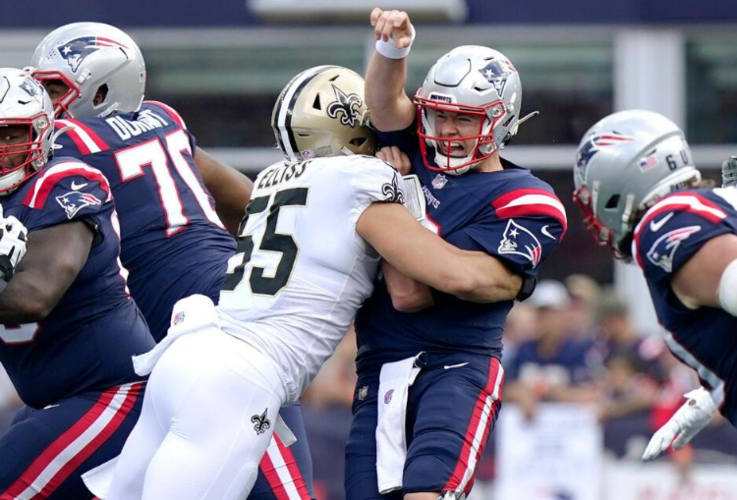 A week after a career-low passer rating Winston showed better command of the offense, completing 13 of 21 passes for 128 yards. Taysom Hill ran for a touchdown and Alvin Kamara rushed 24 times for 89 yards.
Patriots rookie quarterback Mac Jones entered the day hoping to stretch the field after two games in which the passing attack was mostly underneath. Instead, he found himself under pressure for most of the day and threw three interceptions, two leading to Saints touchdowns. New Orleans sacked Jones three times and hit him 11 times. He finished 30 of 51 for 270 yards and a touchdown.

Saints safety P.J. Williams returned Jones’ first pick of the day 46 yards to set up a 7-yard TD pass by Winston in the second quarter. ...