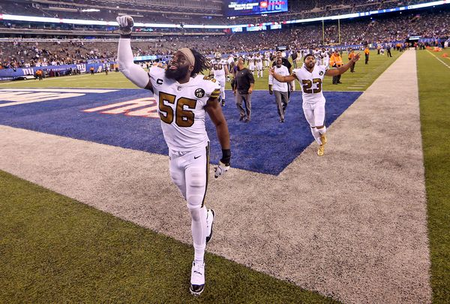 New Orleans Saints linebacker Demario Davis let out a sigh of relief when he saw Louisiana voted to approve Amendment 2 on Tuesday (Nov. 6), getting rid of a Jim Crow-era law that did not require a unanimous jury for felony convictions in favor of one that did.

But the real excitement, he said, belonged to those who were directly affected.

“We want to make changes and help people who cannot help themselves,” Davis said. “That’s what it means to have empathy. You don’t have to be in that situation to have compassion.

“There were people who were jumping up and down when that passed, and ... that’s what it’s all about.”

Davis and his Saints teammate, Ben Watson, publicly campaigned for the amendment. They co-wrote an October editorial for NOLA.com | The Times-Picayune advocating for change to the law that made Louisiana one of two states that did not require a unanimous jury for felony convictions. ...