with the hornets success, and the saints popularity? (1 Viewer)

Offline
who would you say is the biggest star in new orleans?

Offline
Me and Reggie thinks it's Reggie but I do have a secret man-crush on Mr. Brees.
OP

Offline
chris paul is without a doubt the best pro player in new orleans. he is makin history this season by doing things only a couple of others have done. with that said reggie bush, drew brees,and marques colston will have rewritten the record books for the saints.

Offline
It's Chris Paul right now, he is among the best in the NBA, and likely will be league MVP, if he leads the Hornets to the team's first championship there is no longer any question about it Chris Paul would be the main man in towm. Reggie himself said he wants to live up to what Chris Paul is doing, I love Reggie, but Chris Paul is GOD in New Orleans right now.

Offline
Chris Paul is the best hands down but I voted for Brees because this is still a football town and he is the best player on the team. 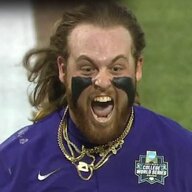 Online
It's CP3 right now and it's not even close. At the end of 06' beginning of 07' it would have been either Bush or Brees, but right now it's CP3. He's the best PG in the league and he makes the entire Hornets team better. He's having a record breaking year as a PG and that says a lot considering how many great PGs there have been throughout the history of the NBA.

Online
I think the question is who is the bigger star, not the better athlete. Am I wrong? 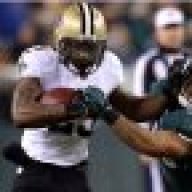 Offline
CP3 is by far the best pro in New Orleans. If he isn't the most popular yet then he should be.

the football gods shall smite you for such blasphemy....football is king in this town and it stands to reason that the "biggest star" in new orleans is a football player.....

but the argument is kind of silly considering that it is the off season for football.....so yeah, maybe at this point in time, chris paul may be that "biggest star"....when football comes back around, it will not even be close
OP

Offline
my point was to take in consideration the players star wise and athlete wise, if you know what i mean. 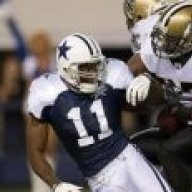 Offline
If Reggie has a good season it will be him but for now its the MVP CP3!

Offline
Who cares if this is a football town?

Chris Paul is about to win the MVP trophy of the NBA. Reggie has never even sniffed that. Add to that the poorus season from the Saints last year in the weak NFC, while the Hornets are DOMINATING in the toughest conference year possibly in NBA history and it's easily Paul.

He's the one in the Louisiana commercials. His jersey and shoes are being worn by everyone. He's getting all the media and coverage right now.

Take the black and gold off for a second and let's be reasonable, right now Chris Paul is the biggest star in New Orleans. The Hornets playoff run will solidify that.
Show hidden low quality content