Would you stand or not if you were an NFL player? (1 Viewer)

Offline
So we're hearing all this backlash against NFL players who may not stand for the national anthem on this day, the 15th anniversary of 9/11. What I see in this act is not disrespect at all but rather a demonstration of how divided a society we are. 15 years ago we were so united, and stood as one against a despicable act by a band of criminals. Now, 15 years later we have a divide on police shootings of minorities, a divide over Latino and Muslim immigration to the US, and an election which is only pounding that wedge further in. If NFL players choose to not stand for the national anthem, then this is only a sad comparison to 15 tears ago when so many NFL players of all colors stood with tears streaming down their faces as the anthem was played at the first game after 9/11.

I would kneel also, and take my lumps for so doing

Online
i think i would need the context of team first
if we were a tight bunch, i'd bring it up in team meetings and guage the room and see if others wanted to join
if the team was full of richie incognitos coached by PJ Carlesimo i might go it alone after i choked PJ again

i've never really had a problem with expressing my issues to the group and accepting the consequences, so i'd more than likely kneel if i thought it was the right thing to do

Offline
I'd like to see some white players kneel. It shouldn't just be a black issue.
OP

To be fair I haven't seen anybody say he doesn't have the right, just that they don't like the act.

Offline
I'd stand. But I'd also support my teammates who choose to take a knee.

Offline
When I'm at home (and the National Anthem comes on) I don't stand. Does anyone?

El Caliente said:
When I'm at home (and the National Anthem comes on) I don't stand. Does anyone?
Click to expand...

Not anymore. We left Cuba.
OP

Offline
"Well we can't salute ya. Can't find the flag. If that don't suit ya, that's a drag"

School's Out by Alice Cooper 1972, so these sentiments are nothing new 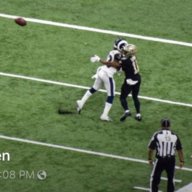 Offline
I would stand, though as an established black icon I would make public statements motivating people to make more of an effort towards taking their communities back. Hard working poor deserve to live without fear of both gangs and the police.

I have no issue with Kap, nor any other player deciding to participate in this action.

The American flag has different meaning to various factions.

Some may see it as a symbol of oppression.

Others may view it as a symbol of their global dominance, and also the right to suckle the bountiful teat that this nation offers.
These same people simply expect the right to live their lives without prejudice. Some view their liberties as preordained to the exclusion of everyone else besides the "silent" majority...

Offline
Yet there's a sentiment from some that Kap isn't black.

And Colin Kaepernick &#8212; he&#8217;s not black. He can not understand what I face and what other young black men and black people face, or people of color face, on a every single [day] basis. When you walk in a grocery store, and you might have $2,000 or $3,000 in your pocket and you go up in to a Foot Locker and they&#8217;re looking at you like you about to steal something. I don&#8217;t think he faces those types of things.
Click to expand...

Offline
Rodney also publicly apologized, like the following day. Im sure some bros assisted in getting his mind right...

billinms said:
Yet there's a sentiment from some that Kap isn't black.