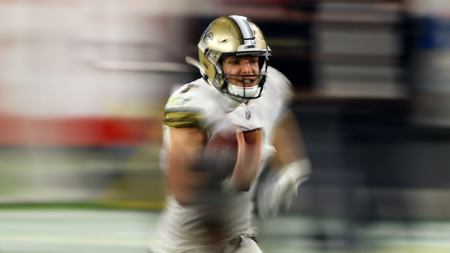 The focus of last Sunday was on the Denver Broncos and the spectacle of them having to use a practice squad receiver, Kendall Hinton, at quarterback. He completed one pass and the Broncos lost 31-3.

Had Denver been using a regular quarterback, we might have focused more on what was happening with the Saints’ offense.

Taysom Hill was 9-of-16 for 78 yards. He threw one interception and had a 43.2 passer rating. Until a 24-yard pass to Michael Thomas in the final seconds before halftime, Hill had just 14 passing yards in the first half.

There’s more nuance to Hill’s quiet passing day than just the stats. The Saints clearly were conservative, knowing the Broncos wouldn’t score much. They had a run-heavy approach, and Hill helped them there as usual. Hill had also passed his first test as a starter with a very good game running and throwing against the Atlanta Falcons a week before. Maybe there’s nothing to worry about.

But if we assume Drew Brees might not be back — regardless of any optimistic reports, hearing “11 broken ribs” doesn’t sound like a short-term injury — it’s fair to wonder what the Saints’ ceiling is with Hill.