Online
With this being the 10th Super Bowl New Orleans has hosted, NO OTHER CITY has hosted more. In fact, the Superdome has been the site for more Super Bowls than any other stadium.

We know that the media is focused on the 49'ers v. Ravens game in the Dome. But given the fact that we have already tasted victory in bringing a Lombardi trophy back to Airline Drive (in Metairie), let's kick the can around to discuss what things need to come together for the Saints to win it all in 2013 and beyond.

So what are your thoughts?

* wheeling & dealing in the 2013 draft
* UDFA's (where Loomis has been a genius many times)
* moving key players on defense to better suit their skills
* getting the right assistant coaches (especially Defensive Coordinator)
* changing the offensive scheme to commit MORE to running the **** ball
* cutting loose another assistant coach (or two) that didn't git 'er done in 2012
* aggressively going after free agents (veterans) ...despite limited CAP space (name 'em)

As I've mentioned in other threads, I don't have a dog in the hunt in SB XLVII. My wish came true when the Falcons were bounced in the Divisional Round.

Given the fact that the Saints can't wait to get mini camp & OTAs going, why not kick the can around to find out what everyone thinks should be our focus and strategy in moving towards the upcoming season.

Offline
Since the loss of our 2rd pick is now permanant...grrr... 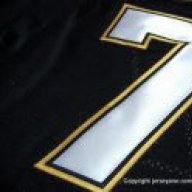 Offline
What we had in 2009 and need to find again was heart and faith. And an almost magical feeling that no matter how bad things looked, we would still find a way to win.

There was no quitting in 2009. Of course there were the great games, the Giants, the Patriots. Very good teams that didn't stand a chance at the end. But there were also a bunch of games where it didn't all work out, but everybody kept believing and trying - and at the end some crazy plays and also some luck made it happen. F.ex the Redskins game. That one was as good as lost, but everybody just kept trying and trying.

I think a few players did go forward and was the reason that everybody kept believing it could happen. Brees of course on offense and probably some others.
On defense I think it was Vilma and Sharper. But the whole difference was that no one ever just hung their head and showed they thought it was over.

Of course we need to get our D set, and find a new DC etc. But besides that it is more that special feeling we need. Sort of like the wave the Ravens are riding this year.
OP
OP

Superfuzz said:
Since the loss of our 2rd pick is now permanant...grrr...

When it comes time to grab one of the UDFA's on the O-line, I'd like to get a very good player that can step into more than one of the 3 basic positions (Tackle, Guard or Center). That versatility can pay big dividends.

Jeff Braun (WV Mountaineers) is probably going to be a UDFA. His scouting report says he can play guard as well as tackle. 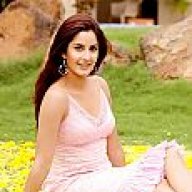 Offline
Simple thing. Just start out with a 6-2 or better record, and lock up either the #1 or #2 seed in NFC. We can't go on the road and win, so let us stay home and win.
Show hidden low quality content

Which QB do you think is better to lead the Saints: Jameis Winston or Jimmy Garoppolo?
2

Saints vs Texans - Airing in BR?