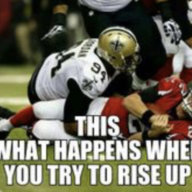 Offline
Sticky Post
This is clearly a catch fumble. I went back to the 2018 seasons game against the Giants, and PJ Williams caused a fumble the exact same way. Wow ,just wow. The difference is, in the game vs the Giants the refs called this a catch fumble. The NFL need full time refs.
Click to expand...

LifeForceDave said:
My biggest gripe about the play is the refs didn't let it play out, so they obviously haven't learned anything from the last few year. It should've been called a TD then reversed, they originally called it that way then backed off. Had it turned out to be a fumble we would not have been given the defensive TD.
Click to expand...

They did let it play out

Offline
To me the difference is how the ball is held by the receiver. In the Giants game, the ball carrier has to tucked into he arm as he makes the turn - which is why I assume it was ruled a fumble on the field.

The Bears receiver has the ball kind on tenuously on his finger tips and it looks like he’s just attempting to bring it into his body when the hit jars it loose. So it looked more like a defended pass in real time which is why it was ruled as incomplete on the field.

So I think they got the call right on Sunday.

I think the Brees dive was a poor overturn. The pylon view it clearly crossed (unless the pylon cam uses a fisheye lens.).
Last edited: Jan 12, 2021

Online
The issue with the review of the Brees TD is called parallax, and it is why they should not have overturned the call on the field. As has been noted, the only 2 direct views were from the goal line refs and the pylon camera, both looking directly down the line and both indicating that "the tip" crossed the plane. But the refs seem to be ignorant of this and obviously used camera angles from behind the goal line to overturn the spot. 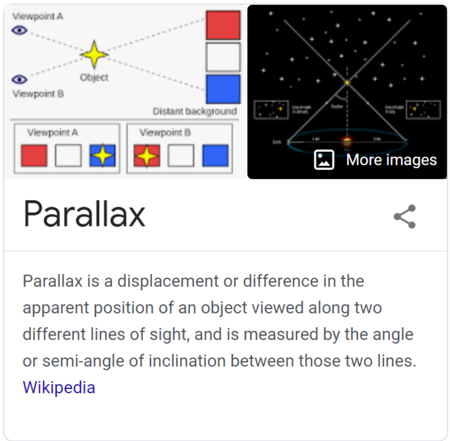 J.T. said:
NO, he was not, that "top" angle WAS NOT directly on the goal line. It appeared that the camera was right down the goal line, but it WAS NOT. I was at the game, I walked right behind that camera after the play. THAT camera was a foot to a foot and a half inside of the goal line. The ball was about five feet in the air, simple Trig can show the angle and prove the ball did cross, while it appears that the ball did not cross.

SOMEBODY must have the Pylon Cam on their DVR.

The game is on NFL Network right now. I actually don't have a DVR, I will try to watch for that angle and take a pic with my phone.

Read some later posts. I might be wrong. I have not seen the pylon cam angle yet. It sure looked like a TD live at the game.
Click to expand...

The ovehead angle is almost impossible to use. You can't know how far back from the view it is or if it's directly over the line. But there are angles you can use or not use from the sideline. 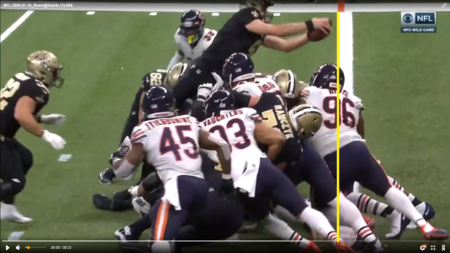 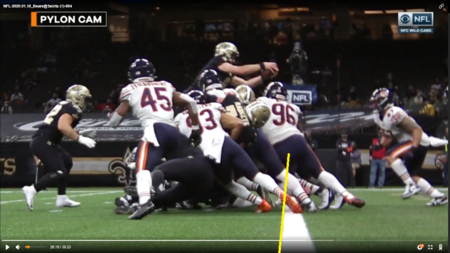 jayd265 said:
im retiring it after this season, so 1-3 more games with it, then burn. need me a new one. any ideas? non nfl licensed.
Click to expand...

Patience. When a new t shirt comes along, you’ll know it when you see it.

No need to force anything at this point.

Stalwart385 said:
The ovehead angle is almost impossible to use. You can't know how far back from the view it is or if it's directly over the line. But there are angles you can use or not use from the sideline.

Thanks for posting this!

Stalwart385 said:
The ovehead angle is almost impossible to use. You can't know how far back from the view it is or if it's directly over the line. But there are angles you can use or not use from the sideline.

Nice add in with the yellow line indicating where it would be if not for players in the way. This is the angle I saw and thought it was clearly a TD but the eye plays tricks on ya. But if they went with this angle without your yellow line, how can they say it isnt a TD? Remove the yellow line and it looks like a TD. Just saying

v12whodat said:
This is clearly a catch fumble. I went back to the 2018 seasons game against the Giants, and PJ Williams caused a fumble the exact same way. Wow ,just wow. The difference is, in the game vs the Giants the refs called this a catch fumble. The NFL need full time refs.
Click to expand...

He took two steps, then fumbled. Sounds like a fumble to me.

Before instant replay, when the human refs had to try to get every call right, this is a TD for the defense. Technology has only made the ref situation worse, not better.

Offline
15 years ago, that's a fumble, which it was. If you have possession and lose it, it's a fumble.

Offline
I can see why they didn't overrurn it.

Then they mysteriously change the call after they watch us score.

That's The problem I have. Why did you change the call on the field?

I thought this was a classic case of whatever was called on the field would stand because it was just too close to overturn either way.

Offline
Whether you think it was a fumble or not, there’s no disputing that in these situations, you let the play go, then fix it afterwards.

Trey Hendricksons sack/fumble and Cam Jordans TD return was CLEARLY a fumble against LA Rams that they blew it dead costing us a TD. We got the ball on the challenge reversal, but at the spot of recovery. If they let it play out, that’s a TD.

44slayer said:
I dont see it as a fumble. I didnt during the game, and I still dont. I dont think he had control when he made a 'football move'. If he had tucked it, and made a football move, fine. But they kept talking during the broadcast about the time element, and for once I agree with them.

If it were us, and they called that a fumble, Morris Bart would be petitioning federal court to investigate and 80% of this board would be wearing Goodell clown shirts until the end of Lent.
Click to expand...

A lot of players never tuck the ball in, so whether it was tucked in is irrelevant. I've always heard that a football move is required, and he did that by turning upfield. He didn't get hit before he had turned upfield, in which case I might agree that it wasn't a fumble.

blackadder said:
That is one that could gone either way, but I have seen that called incomplete as many times as a fumble.

On the Brees TD there was only one angle that looked close All the others cast serious doubt. I guess you could argue inconclusive but looked short to me.
Click to expand...

Angle. That is the key.

The pylon cam showed the tip crossing. Dead on with goal line.

Every other camera shot was from and angle. Simple geometry. Even the overhead was not over the line, but inside the end zone looking down, but at angle. Therefore you would have to adjust the sight based on the degree of angle.

NFL can't seem to get that right.

Think this way, if you cut a 10x 2 piece of wood length wise, and u have a 5 degree angle on your blade, you won't have 2 inches at the end of cut. More like 1.

So the camera is looking down 20 ft but what is the angle?

Better yet, position over goal line instead of a yard inside goal line. (or sideline cameras at the 1) 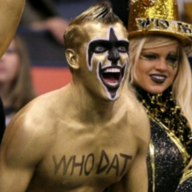 Saint Spud said:
Agree on both.

Something seemed off on those sideline angles. The officials called it a TD immediately and the pylon cam supported that.

But yeah, I immediately knew that was an incomplete pass. Never had control even when he started what could’ve been considered a “football move.”
Click to expand...

When he caught it he was facing one way.
when he fumbled he had turned his whole body 180 degrees the other way

turning upfield is a football move

rbhogan said:
When he caught it he was facing one way.
when he fumbled he had turned his whole body 180 degrees the other way

turning upfield is a football move

He didn’t have control before the turn. 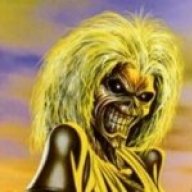 guidomerkinsrules said:
They did let it play out
Click to expand...

Initially they did but changed the ruling on the field. I wasn’t ruled a TD that’s why we had to challenge it.
Show hidden low quality content