The Atwood-Hammond baseball league said they only raised $10 with last year’s raffle. So a local gun shop provided the league with a Rock River Arms Tactical Operator Two .
“My phone has been ringing off the hook,” said Charidy Bucher, co-owner of the Atwood Armory shop. “The response has been tremendous.”
Bucher said her phone has been ringing since 4:30 a.m.
“People from out of state have been calling,” she said.
She said the winner of the rifle will also receive 260 rounds of ammunition.
“Ammo is just as hard to get as the firearms these days, unfortunately,” she said.
The towns of Atwood and Hammond are about 25 miles southwest of Champaign – where many residents invoke their Second Amendment rights.
Click to expand...

Info on how you can buy a tix 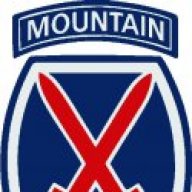 Offline
that kimber is beautiful