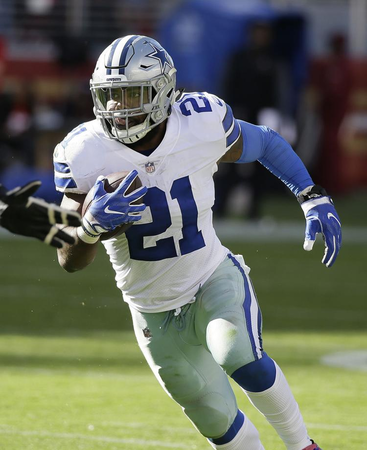 Saints safety Vonn Bell got a chance to see Ezekiel Elliott every day in practice during their playing days together at Ohio State University.

A "Buckeye brother for life," Bell calls him.

So Bell knows all too well the tall task at hand when the Saints try to slow down the league's leading rusher and the Dallas Cowboys on Thursday night at AT&T Stadium.

"He's a workhorse," Bell said. "He can bring a load, so you know you have to bring your lunch pail."

Elliott, whose 1,074 yards is tops in the NFL, is one of just two backs in the league (Todd Gurley of the Los Angeles Rams is the other) to have already eclipsed the 1,000-yard mark.

"He's the complete package when it comes to a running back," said Saints defensive end Alex Okafor. "Good size and he can catch the ball. But I think his best quality is his vision. He's so patient. When you talk about patience and vision, I'd say him and Le' Veon Bell are in a class of their own." ...