Offline
I hope none of you are concerned about Hurricanes, Tornadoes, or coastal flooding/surge damage.

The Trump administration is seeking to slash the budget of one of the government’s premier climate science agencies by 17 percent, delivering steep cuts to research funding and satellite programs, according to a four-page budget memo obtained by The Washington Post.

The proposed cuts to the National Oceanic and Atmospheric Administration would also eliminate funding for a variety of smaller programs, including external research, coastal management, estuary reserves and “coastal resilience,” which seeks to bolster the ability of coastal areas to withstand major storms and rising seas.

NOAA is part of the Commerce Department, which would be hit by an overall 18 percent budget reduction from its current funding level.
Click to expand...

Saint_Ward said:
I hope none of you are concerned about Hurricanes, Tornadoes, or coastal flooding/surge damage.

Well, since none of those places voted for...oh, wait...

Offline
But, but we need a bigger a stronger army to start more wars.

Offline
But it's ok, not much can wrong with our planet since it's only 5,500 years old.

nolaswede said:
But it's ok, not much can wrong with our planet since it's only 5,500 years old.
Click to expand...

drumpf will build the best arks. his arks will be bigly compared to those fake news Canadian arks built by papers from hillary's emails. drumpf will use only sessions and flynn paper for his golden ark. Yemen will pay for the arks since our SEAL died there. They will embark from Mar-A-Lago airforce boat base since he's there right now.

Online
Trump will damage this country for decades to come.

Saint_Ward said:
I hope none of you are concerned about Hurricanes, Tornadoes, or coastal flooding/surge damage.

Or the midwest where many Drumpf supporters live. It would be sad irony indeed to have one's home demolished and one's person injured partly due to the actions of the person that one supported for POTUS.

lades said:
Trump will damage this country for decades to come.
Click to expand...

Trump is an uneducated dolt with a gossamer ego. The thing he fears most is being outsmarted, so instead of educating himself he tries to pull all others down to his level. How else to explain the appointments of dolts like DeVos, and anti-science morons like Pruitt. Then there's his subservience to the fossil fuel industry and its 100 year-old technology. 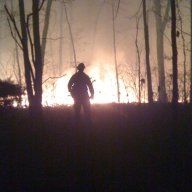 Offline
People unfortunately have very short memory with politics. Imagine the response and settlement $ if a BP oil spill type event happens once EPA, NOAA, USFWS.... get gutted. The folks who cheer the loudest for lines like "the job killing EPA regulations " are the ones who stand to suffer the most when things go bad (gulf coast states & appalachia).
Show hidden low quality content