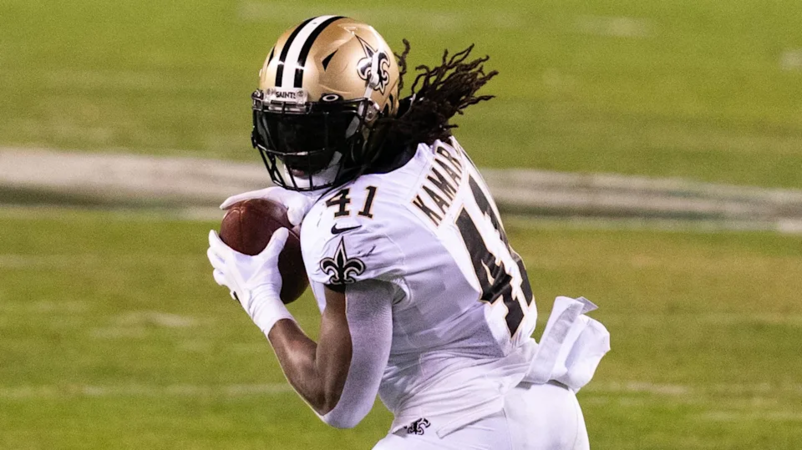 The Saints’ passing offense isn’t just centered on Thomas, who will miss the early portion of the regular season while recovering from June ankle surgery, He is the team’s passing offense. He’s accounted for an astounding 32 percent of the Saints’ targets in his 23 regular season games since the start of the 2019 season. Forty-one percent of the team’s air yards belong to Thomas over that stretch -- the highest rate in the league over the past two years. Thomas has 128 -- one hundred and twenty-eight -- more receptions than any other Saints wideout and has accounted for 47.6 percent of the team’s receiving yardage over that span.

Thomas’ early-season absence opens up opportunity unlike any scenario in the league, besides, maybe, Davante Adams missing time for Green Bay.

We’ll soon learn -- maybe this week, maybe not until the middle of August -- how long Thomas will be sidelined. Are we talking a couple weeks? A month? A half season? Saints beat writer Nick Underhill reported last week that Thomas could be out as long as the season’s first six weeks. ... 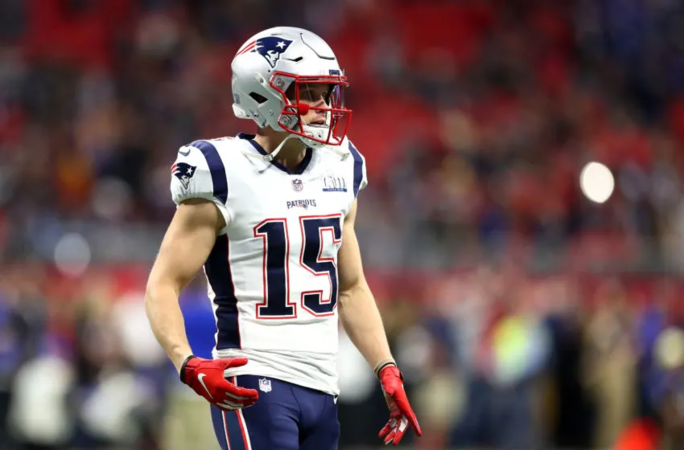 Outside of Chris Hogan’s career with the New England Patriots, the veteran wide receiver doesn’t have much to hang his hat on.

Before arriving in Foxborough, Hogan had two solid seasons with the division-rival Buffalo Bills. From 2016-2018 with the Patriots, Hogan hauled in 107 passes from Tom Brady for 1,651 yards and 12 touchdowns (across 40 games).

But his playoff career was even more impressive.

Over nine games in the postseason, Hogan registered 34 catches for 524 yards and four touchdowns, helping the Pats to two Super Bowls in three of those years. Unbelievable.

Most impressive about his game was his yards per reception. He led the league with a 17.9 mark in 2016. He finished his tenure in New England with 15.4 Y/R in the regular season and 15.9 in the postseason.

That’s why he’s going to be a tremendous fit with his new team, the New Orleans Saints. ...

What do the new additions bring to the New Orleans Saints’ roster? 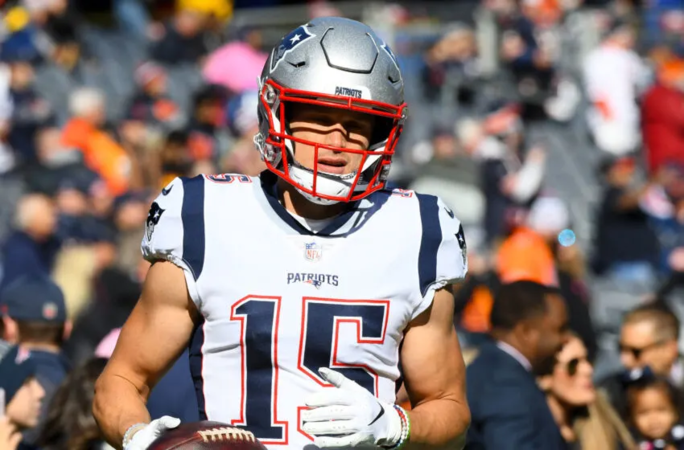 Cornerback and wide receiver were listed among the top needs for the New Orleans Saints this offseason in the lead-up to the 2021 NFL Draft.

Though the team added a cornerback in the top half of the draft in the form of former Stanford Cardinal Paulson Adebo, the position remained far from settled.

Similarly, with the Saints’ receiver group, a single seventh-round draft pick was added (South Alabama’s Kawaan Baker) with the team seemingly intent to give it a go with the pass catchers on hand.

While adding a veteran corner was thought to be in the works, the recent news regarding Michael Thomas’ early-season availability saw to it that New Orleans would be in the market for help at the receiver position as well.

Walker: It's a rarity when it comes to Michael Thomas, but ball was dropped somewhere 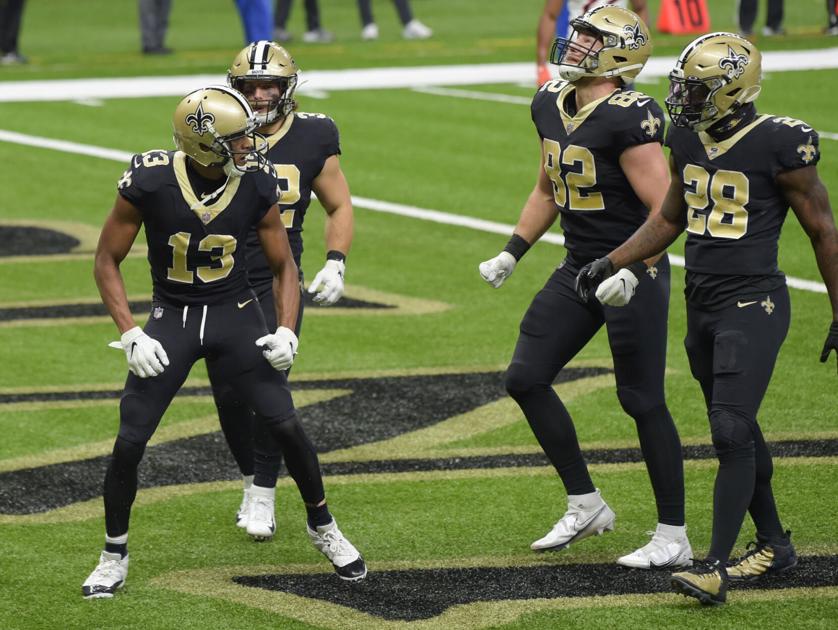 Michael Thomas has caught 510 balls in his career.

That includes the 149 passes he caught during the historic 2019 season when he etched his name in the NFL record books by breaking a record that has stood since 2002.

When it comes to catching passes, Thomas is as good as they come.

Throw the ball near him, he's probably going to catch it.

He rarely drops one.

But Thomas, or someone, dropped the ball this offseason.

It's the reason Thomas won't be out there with his teammates for the New Orleans Saints' first practice of training camp Thursday.

Thomas had surgery in June on an ankle...
Continue reading... 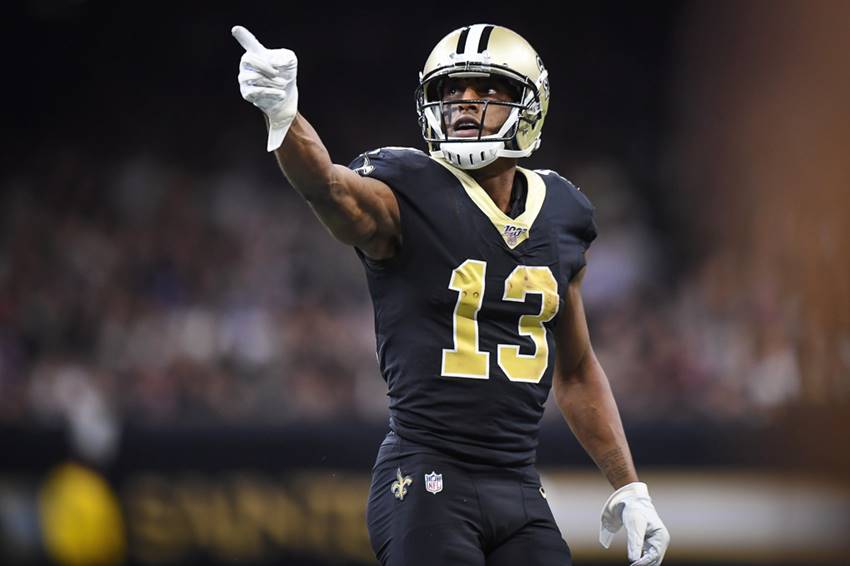 The New Orleans Saints will start training camp without star receiver Michael Thomas and still looking to add a cornerback.

The Saints reported to camp Wednesday and will practice for the first time Thursday morning. The first practice that will be open to the public will be Friday morning.

Thomas was placed on the Physically Unable to Perform List on Tuesday and will not be available when the Saints begin the regular season against Green Bay on Sept. 12 in the Caesars Superdome.

“Obviously we would have liked (the surgery) to happen earlier than later and quite honestly it should...
Continue reading... 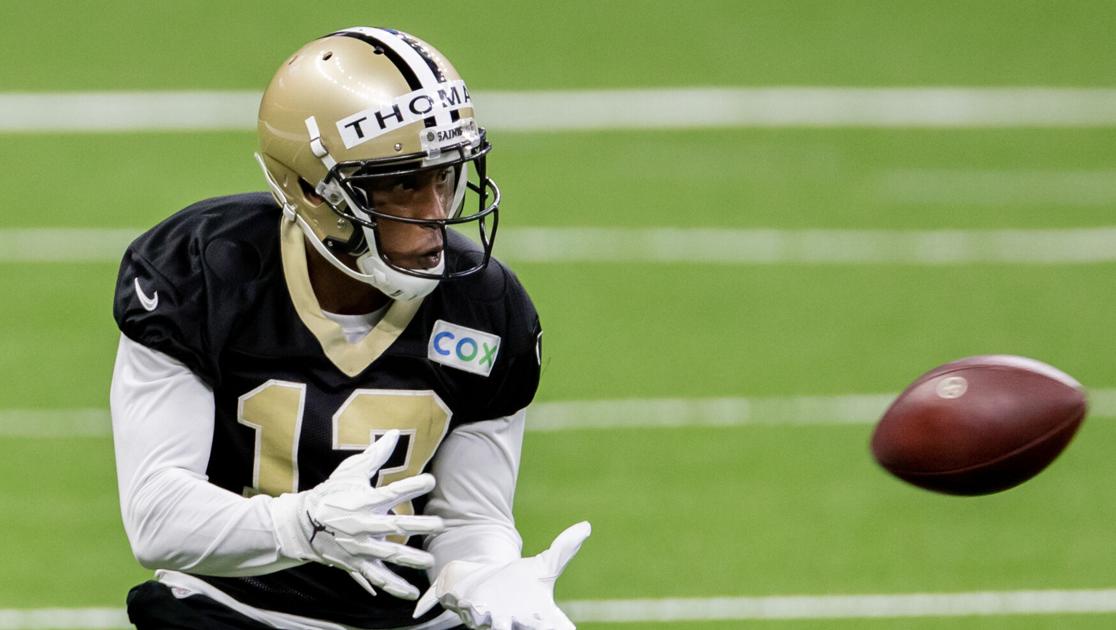 The first New Orleans Saints training camp of the Sean Payton era without future Hall-of-Famer Drew Brees kicks off Thursday morning, and all eyes, for now, have shifted to receiver Michael Thomas and his surgery-related absence.

Thomas had a procedure to repair his injured ankle in June, and Payton minced no words about the "disappointing" timing of that surgery during Wednesday's annual pre-training camp press conference, held once again via Zoom.

"Obviously we would have liked that to have happened earlier than later," Payton said. "Quite honestly, it should have."

When asked a...
Continue reading...

Ryan Ramczyk 'deserved' his blockbuster extension, which was a Saints offseason 'must' 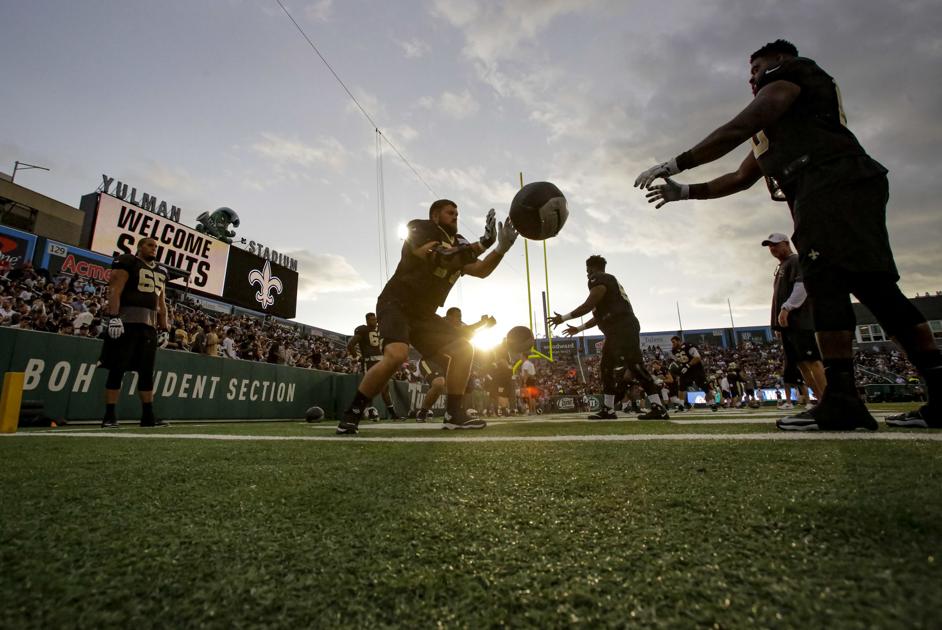 One of the terms that often gets thrown around during New Orleans Saints offseasons are which areas are “musts” — or things the team deems vital to a successful offseason.

One of those things this year was a new contract for right tackle Ryan Ramczyk, a checklist item the Saints crossed off in May when they made him the NFL’s highest-paid right tackle with a five-year, $96 million deal that included more than $40 million in guarantees.

Speaking for the first time since the deal was signed, coach Sean Payton and general manager Mickey Loomis stressed the importance that extension held...
Continue reading... 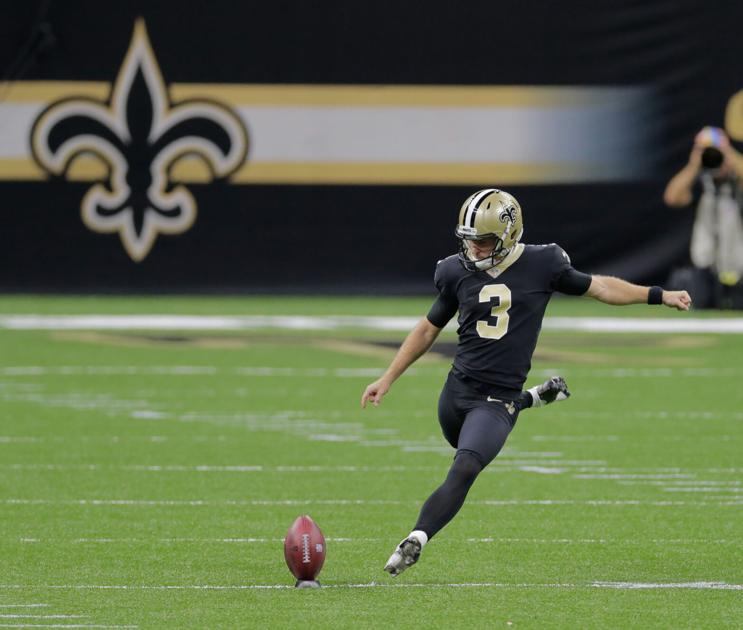 The more important news, though, is that neither player is expected to miss significant time, as Loomis described both their injuries as "soft tissue" problems.

"All three of those guys, Derrick Kelly, Wil and P.J., will be pretty quick turnarounds,"...
Continue reading... 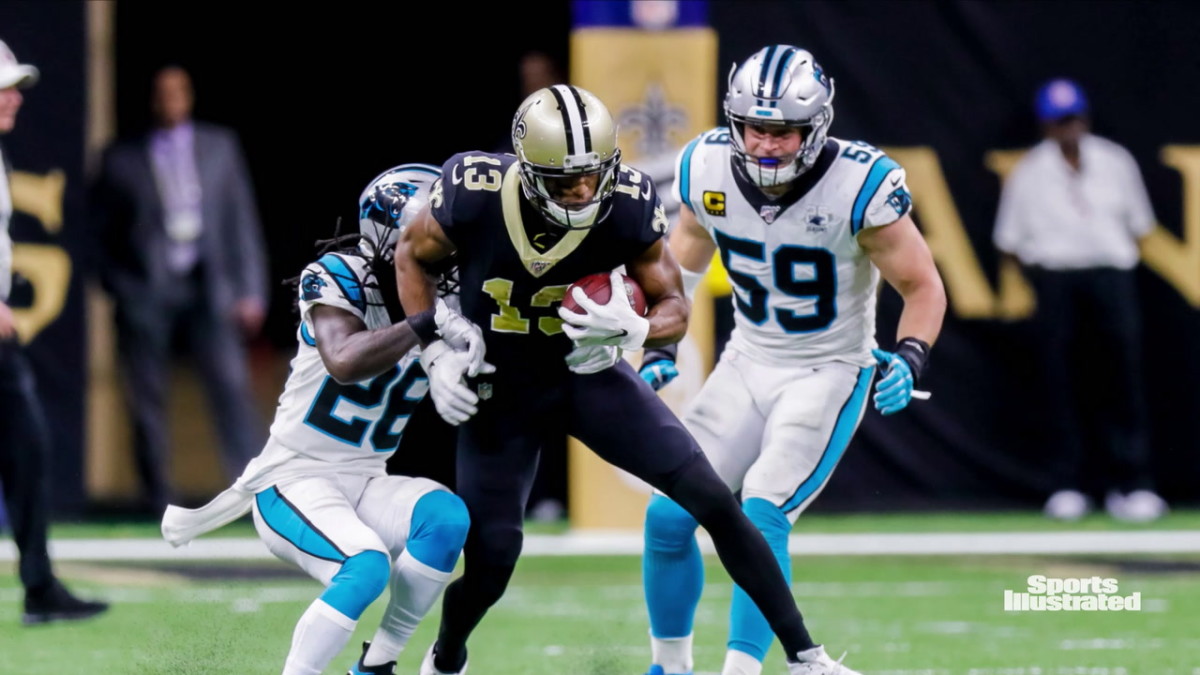 Sean Payton clearly wasn't happy about how things went down with Michael Thomas and the ankle surgery that will force him to miss the start of the season, as it was evident during his Wednesday evening press conference ahead of Saints training camp practice on Thursday.

"It appears we're going to have to spend some time without him. It's disappointing, but we'll work through it with the other players that are here," said Payton.

"The surgery took place. Obviously we would have liked that to have happened earlier than later. Quite honestly, it should have." 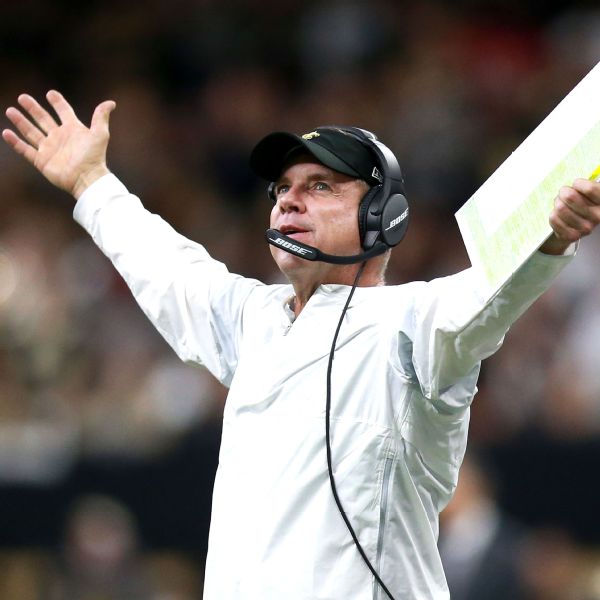 METAIRIE, La. -- Sean Payton expressed frustration Wednesday night over the fact that New Orleans Saints receiver Michael Thomas did not have ankle surgery until June, though he declined to elaborate on why the procedure was delayed.

Thomas, who was plagued by the injury throughout last season, is expected to miss time at the start of this season, as well.

"Well, look, it appears we're gonna have to spend some time without him. It's disappointing," Payton said during his opening training camp video conference before the Saints' first practice Thursday. "And we'll work through it with the...
Continue reading... 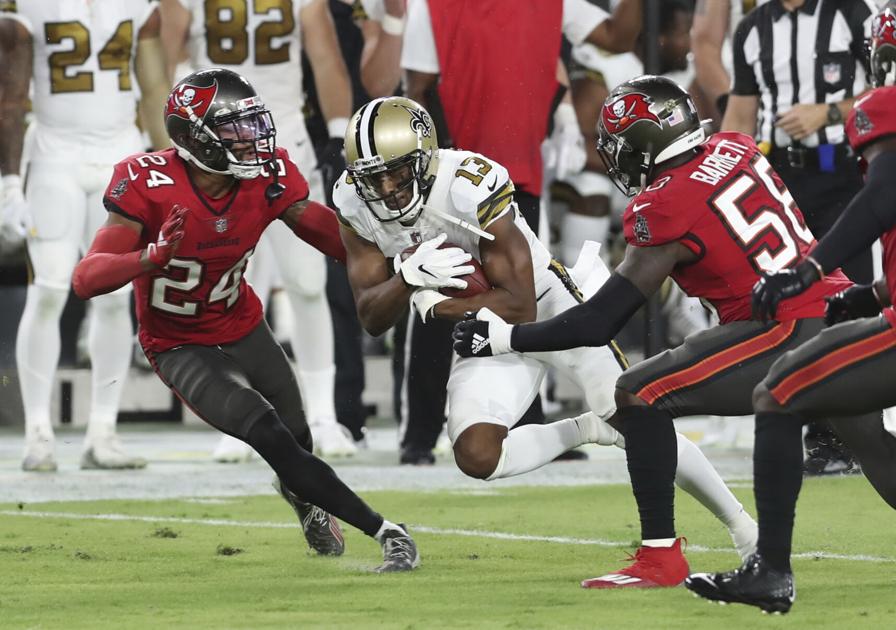 New Orleans Saints coach Sean Payton and general manager Mickey Loomis kept up their annual tradition of addressing the media the evening before the team holds its first training camp practice, and this year brought some tough questions with it.

Here are three quick takeaways from Payton and Loomis’ comments, starting with the question that was on everyone’s mind: Why did star receiver Michael Thomas wait until June to have surgery on an ankle that has been plaguing him since Week 1 of the 2020 season?

Even if Loomis and Payton declined to discuss Thomas’ recent surgery in their answers...
Continue reading...

Sean Payton on Michael Thomas' surgery: 'Quite frankly, it should have' happened sooner 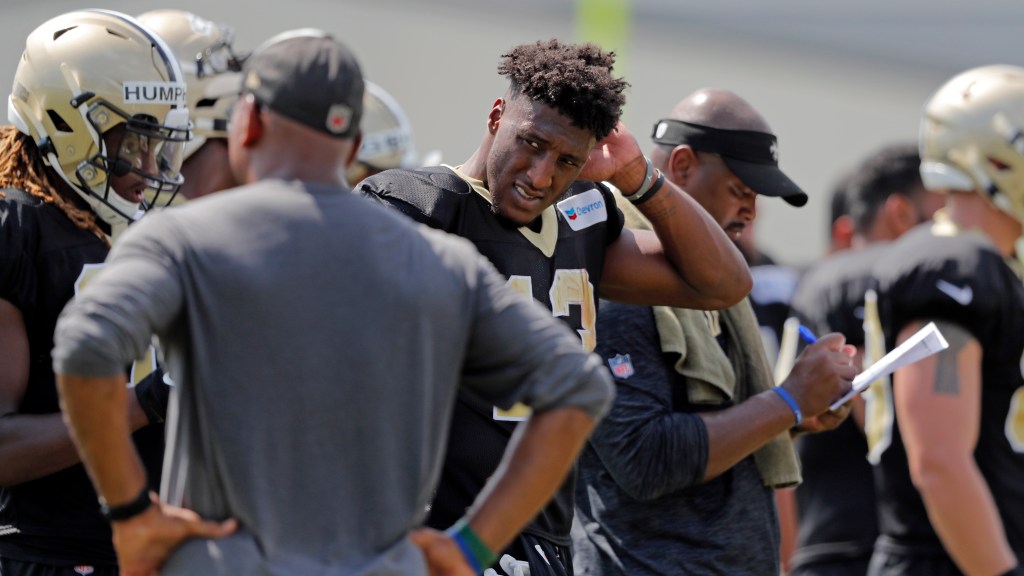 Woof. Sean Payton hasn’t often shied away from calling out his players in front of the media, but it’s rare to see the New Orleans Saints coach as frustrated as he was on Wednesday. During his pre-training camp press conference, Payton criticized All-Pro wide receiver Michael Thomas for the delay between the end of the 2020 season and his June ankle surgery, which landed him on the PUP list.

“It appears we’re going to have to spend some time without him,” Payton snapped. “It’s disappointing. We would have liked that to have happened earlier,” he paused, continuing: “And quite honestly, it...
Continue reading... 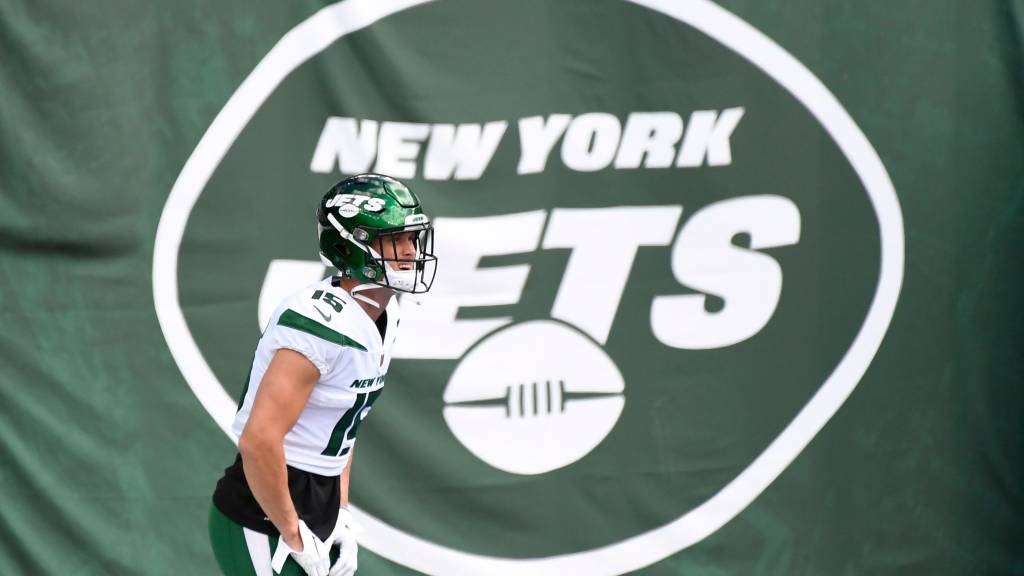 The New Orleans Saints made a flurry of roster moves in recent days to get their roster up to its 90-man capacity before training camp, and they’ve still got room for a few more new additions. But who exactly are Brian Poole, Chris Hogan, and Kendall Donnerson? Let’s get to know the latest Saints free agent acquisitions a bit better:
Continue reading... 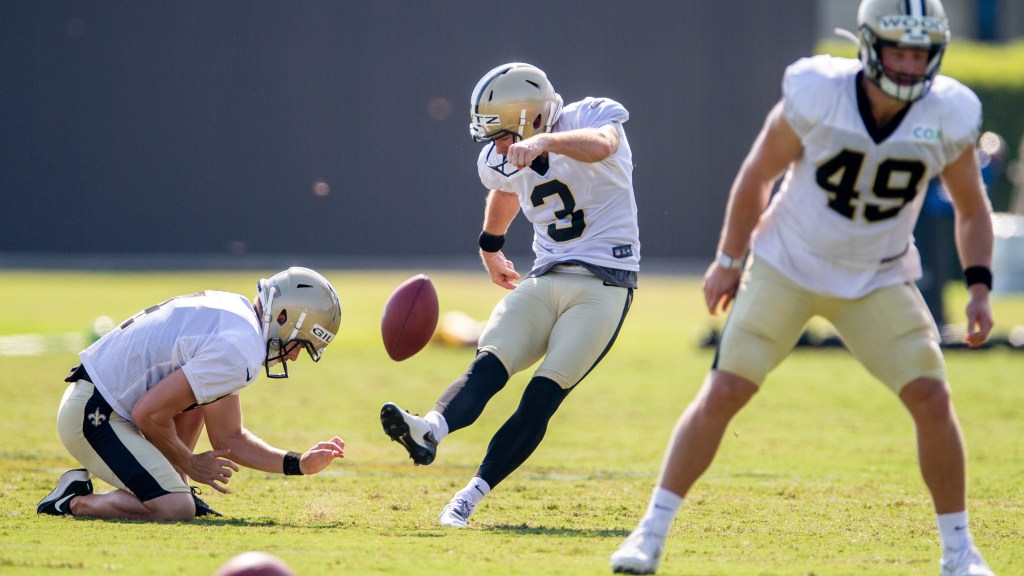 The New Orleans Saints won’t exactly be at full strength when training camp kicks off, beyond Michael Thomas landing on the physically unable to perform list. They also will be without several players on the non-football injury list, in addition to backup offensive lineman Derrick Kelly.

This will be official on the next update to the daily NFL transactions wire, but Saints general manager Mickey Loomis said Wednesday evening that kicker Wil Lutz and defensive back P.J. Williams are going to unavailable to start camp. Both players are landing on the NFI list with Kelly with what Loomis...
Continue reading... 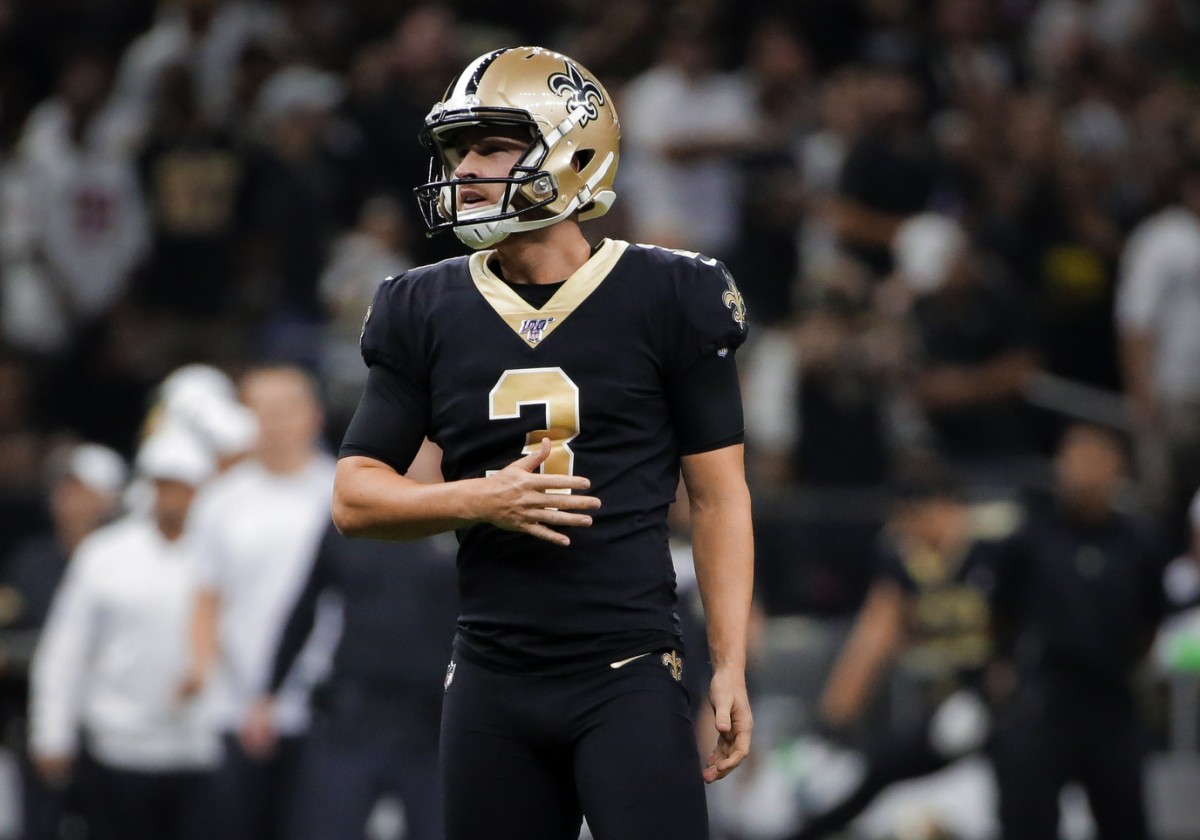 The Saints will be without kicker Wil Lutz and defensive back P.J. Williams when they start training camp on Thursday.

General manager Mickey Loomis said during his Wednesday evening press conference that both players are dealing with soft tissue injuries, and will be on the NFI (non-football injury). Loomis said that the team will not be working out kickers in Lutz's absence, as he doesn't expect him to be sidelined long. Saints coach Sean Payton seems to be unhappy with how long he’s going to have to wait to get wide receiver Michael Thomas on the field this season.

Thomas had surgery last month on the ankle he injured during the 2020 season, and Payton said today that the surgery should have been done earlier in the offseason so that Thomas would have had more time to recover and get ready to start the 2021 season.

“It appears we’re going to have to spend some time without him,” Payton said, via Amie Just of NOLA.com. “We would have liked that to have happened earlier. Quite honestly, it should have.”...
Continue reading... When word of Thomas’ surgery came to light, some wondered why he waited until so late in the offseason to address the injury. On Wednesday, General Manager Mickey Loomis said that the collective decision was to treat Thomas’ injury conservatively but that it became clear in June that the approach wasn’t working.

“Obviously, in hindsight, we would’ve preferred the surgery to be earlier but...
Continue reading...
Load more…

Saints Am I wrong for feeling this way about the Mike T situation? (37 Viewers)
2

4 minutes ago
Dan in Lafayette

36 minutes ago
Dan in Lafayette