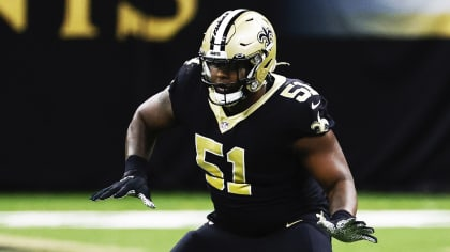 Good thing Cesar Ruiz didn't need a lot of time to think, because he didn't have much even if he'd wanted it.

Before the New Orleans Saints completed their first drive on offense in the season opener against Green Bay, center Erik McCoy limped off with a calf injury. Ruiz – drafted to play center last season but in at right guard because an injury slowed his progress at center, and because McCoy stamped his name on the position – quickly moved from right guard to center. And once Calvin Throckmorton came in to play right guard, the Saints' offensive line was set in what became a 38-3 victory.

Ruiz, who had minimal reps at center this year in training camp, said it helped that he didn't have time to stew over the change. He'll likely remain in the position for the immediate future.

"Especially when you get in like that," he said Thursday, Sept. 16. "In a situation like that the last thing you want to do is come into a situation and think too much. So I was like, hey, 'You gotta go.' I'm not thinking about it, I've just got to do my job."

He, and the rest of the offensive line, did just that.

New Orleans had 322 yards on offense, was perfect (4 for 4) in the red zone, ran for 171 yards on 39 carries, didn't allow a sack of quarterback Jameis Winston and bullied its way to 34:36 in time of possession.

Ruiz said he learned during the lead-up to the game that he would be the backup center.

The Saints played better than anyone could have expected in the opener.

Where do things stand for the team?

What could be better? Is it a performance to believe in?

We break down all the action and more on this week's episode.

If you like the show, subscribe to NewOrleans.Football (https://neworleans.football/subscribe) for more exclusive analysis and podcasts on the #Saints.
Saints News Video 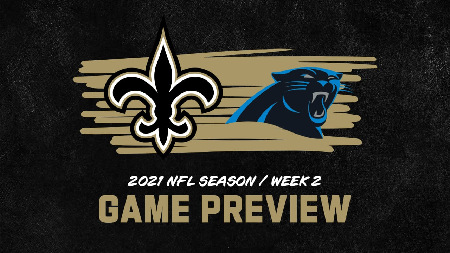 The Panthers initially entered the NFL as an expansion franchise in 1995 and since then, with New Orleans leading the regular-season series 27-25, with the Saints picking up the 2017 Wild Card showdown at the Mercedes-Benz Superdome. The clubs were in the NFC West from 1995-2001 and the rivalry has continued in the NFC South since 2002. The Saints have a 13-13 road record against the Panthers.

Of the 52 regular-season games in the series, 25 have been decided by eight points or less, with New Orleans winning 13. The Saints' longest winning streak was a five-game stretch from 2000-02, which they will look to tie with a win Sunday. 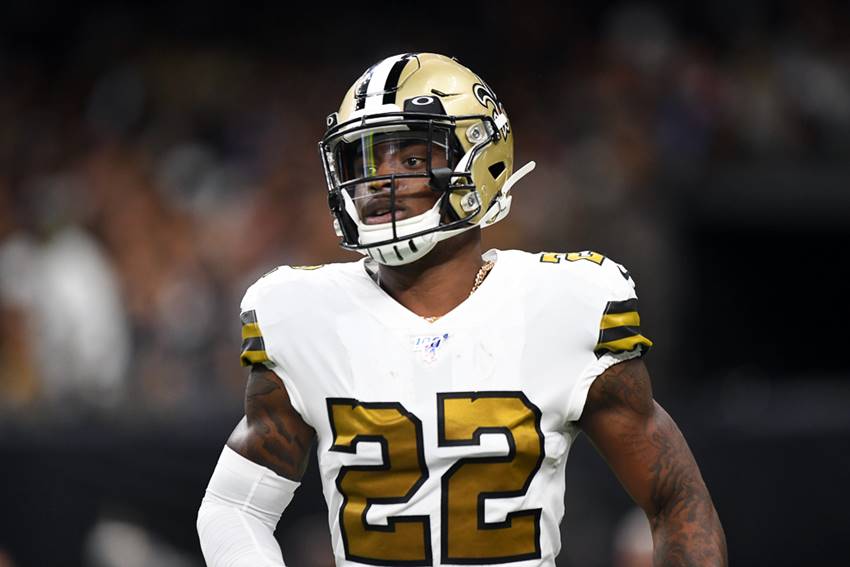 The ebb and flow of the Saints injury situation continued Thursday.

Top cornerback Marshon Lattimore was limited in practice despite having thumb surgery earlier this week but nickelback CJ Gardner-Johnson went from limited Wednesday to not practicing Thursday.

In all, seven of the nine Saints listed on the official report did not practice.

Meanwhile, the Carolina Panthers has every member of their 53-man roster practice in at least a limited capacity.

The Saints visit the Panthers for a noon Sunday matchup between the NFC South rivals.
Continue reading... 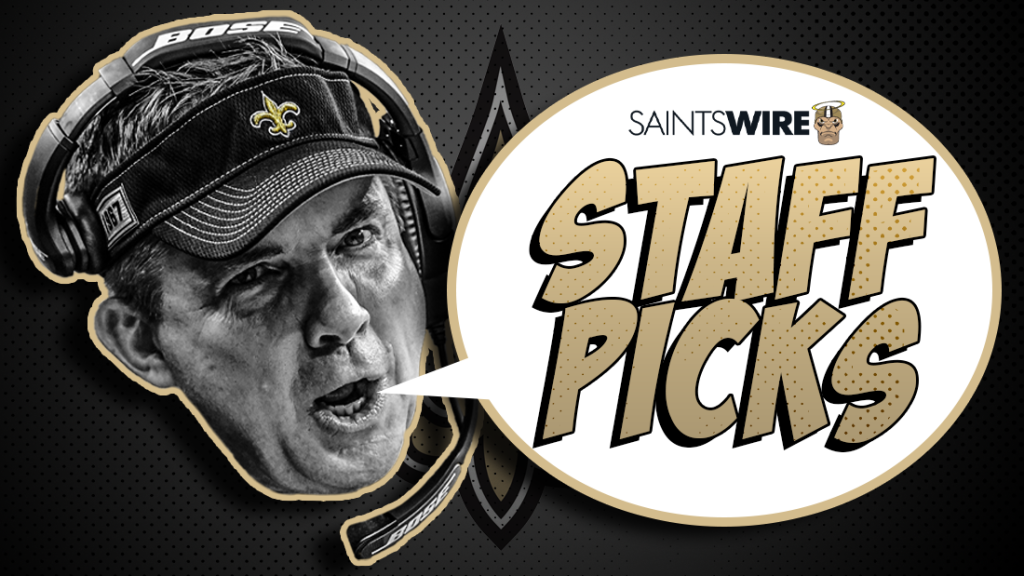 The New Orleans Saints should run away with this one, right?

Last week, two out of three staffers here at Saints Wire picked New Orleans to start its season with a loss to an overmatched opponent. And, well, that’s not what happened. Instead it was the Packers caught asleep at the wheel, with the Saints running up the score on them before Green Bay could even try to strike back. And when the Packers did take their shot, the Saints were prepared to take it and respond in kind. Green Bay was just outplayed at every level.

Will that happen again in Week 2, against a lesser team? The...
Continue reading... 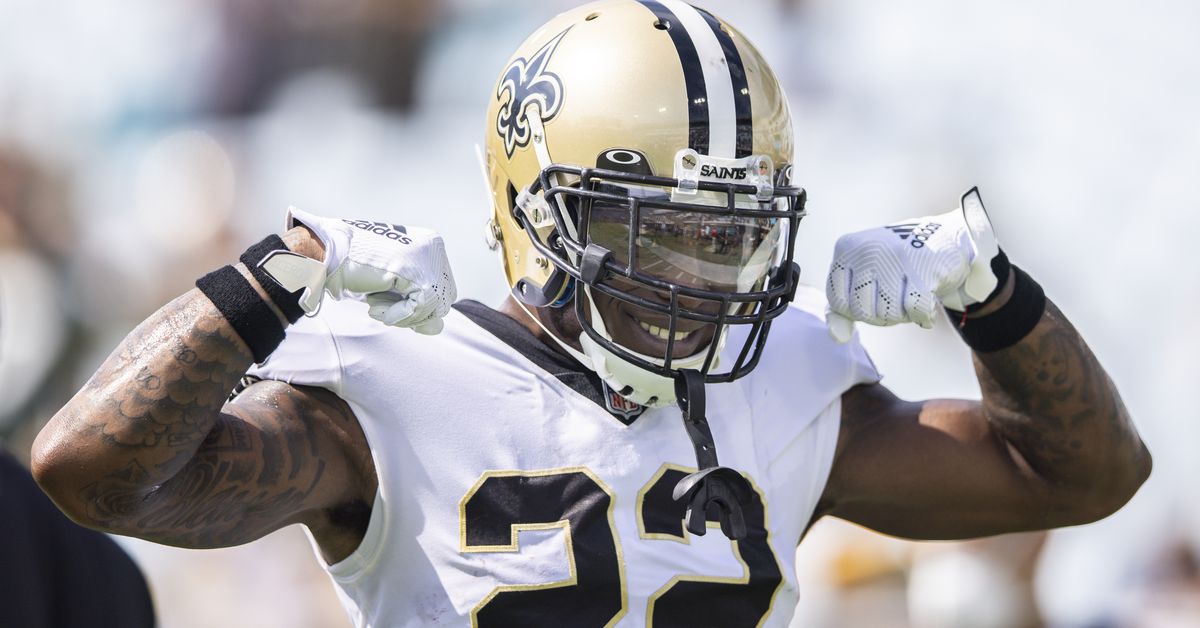 The New Orleans Saints continue moving through this week with a lengthy injury report as they head into their weekend action in Charlotte with the Carolina Panthers. Thankfully, some players were upgraded, but there are still a couple important injuries to watch closely.

The good news for the Saints is that Marshon Lattimore was elevated from DNP to limited on Thursday. This is following sustaining a thumb injury that required surgery. The initial expectation for the newly paid CB is that he’d be considered week-to-week. Meaning he could be a gametime decision this week depending on how...
Continue reading... 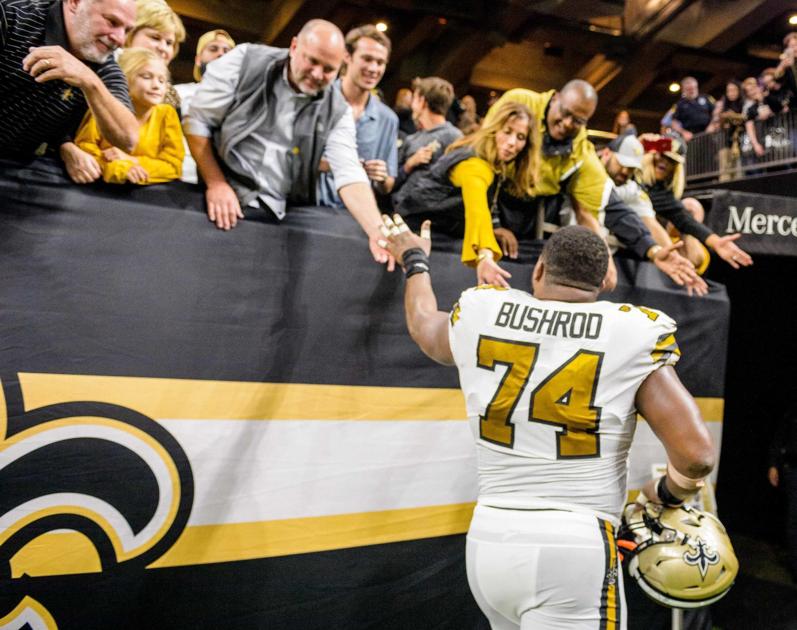 FORT WORTH, Texas — With several members of the New Orleans Saints coaching staff working remotely after positive COVID tests, a familiar face was back on the field working with the players in uniform.

Bushrod, who spent seven of his 12 NFL seasons with the Saints before retiring in 2018, joined the Saints staff as a pro scouting assistant this offseason as part of the Bill Walsh...
Continue reading...

The Edge: How can the Saints contain Christian McCaffrey, the Panthers? A look at the matchups 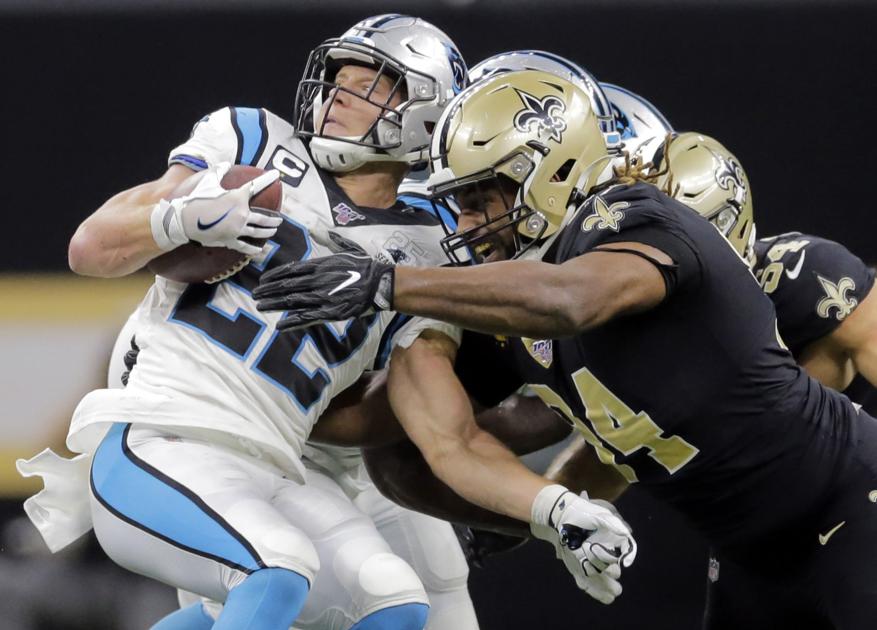 FORT WORTH, Texas — The New Orleans Saints surprised the NFL world last week when they obliterated the Green Bay Packers in Jacksonville, Florida.

Next up? It's their first NFC South matchup of the year, a road game against the Carolina Panthers.

Who comes out ahead this week? Here's how the two teams match up and who has the edge:

Saints offense: Quarterback Jameis Winston posted one of the more unique statlines in NFL history last week, throwing for five touchdowns on just 148 yards passing, and a considerable chunk of that passing yardage came on one play — a 55-yard bomb to Deonte...
Continue reading... Cornerback Marshon Lattimore underwent surgery Tuesday to repair a chipped bone in his thumb. He returned to practice Thursday.

The Saints listed Lattimore as a limited participant.

The three-time Pro Bowler missed one series in the second half before returning with a cast on his right wrist. He played 36 of 57 defensive snaps, with three tackles and a pass breakup. 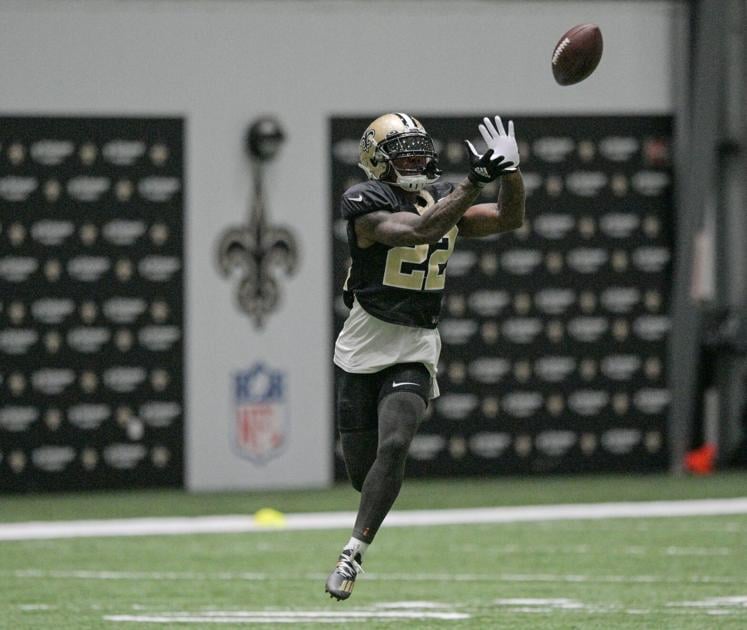 FORT WORTH, Texas — The New Orleans Saints' second injury report of the week contained many of the same names from Wednesday's edition, and the lengthy list of seven players who missed Thursday's practice and the two more who were limited is comprised of several starters and key players.

The other players who didn't practice Thursday...
Continue reading... 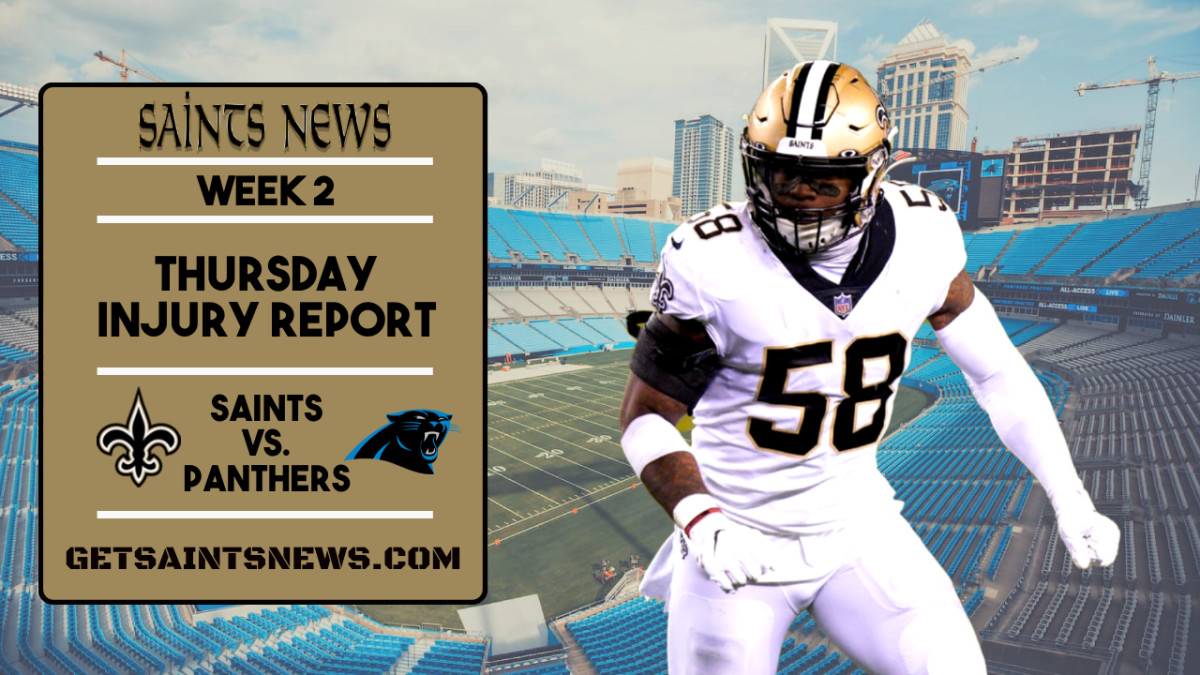 The Saints had 10 players listed on their initial injury report of Week 2, and Wednesday sees it reduce to 9. The encouraging news is that two players were listed as limited participants on Thursday after not practicing, but in the same breath, two players were downgraded on the report. Here's how it shapes out.

Again, it's not a surprise to see...
Continue reading... 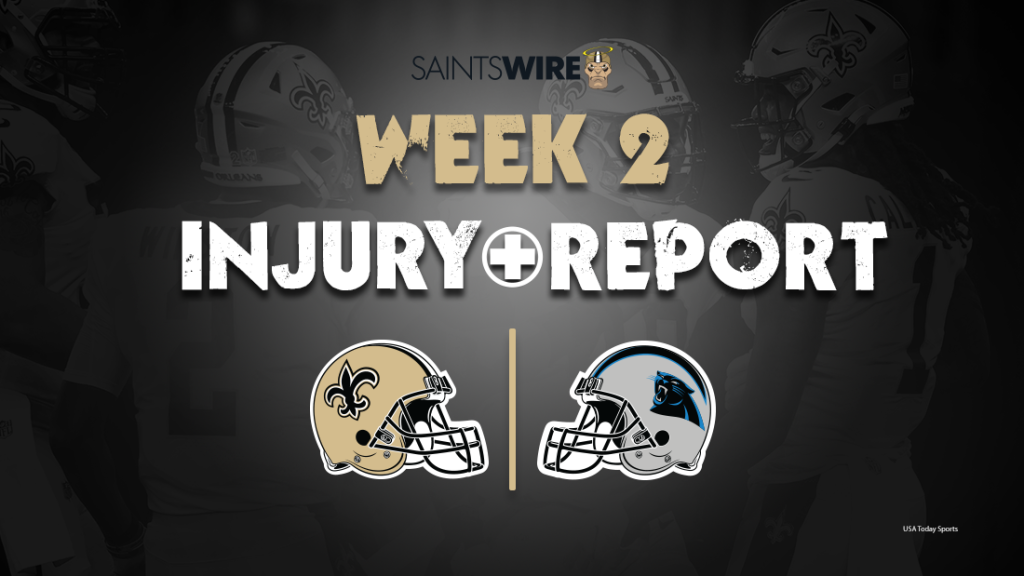 The New Orleans Saints have just released their updated Thursday injury report ahead of Sunday’s game with the Carolina Panthers. As expected, it was more of the same for the Saints on the injury front.

Carolina seems to be in better shape with just seven players on their Thursday report compared to the Saints’ nine players.

The final injury report will be released tomorrow along with the game status for each player. Regardless...
Continue reading... Right tackle Taylor Moton was added to the report after reporting tightness in his groin at the start of practice. Moton wound up being listed as a limited participant, which will make his status on Friday something to watch because Moton would be a big piece to lose against the Saints’ defensive line.

Trent Scott and Brady Christensen would be options to take Moton’s spot if he can’t go on Sunday. 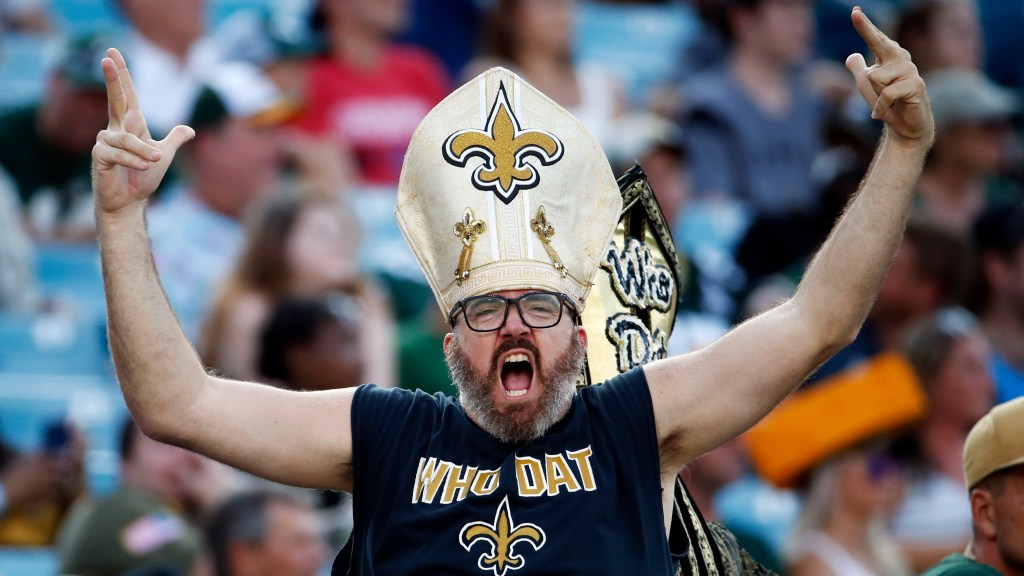 Think you know the Saints well? Already have this week’s game against the Saints all figured out?

Answer six questions below, plus a tie breaker correctly for your chance at winning a gift card through Daily Ticket, powered by Tipico Sportsbook.

Saints vs. Panthers: 6 things to know about their Week 2 game 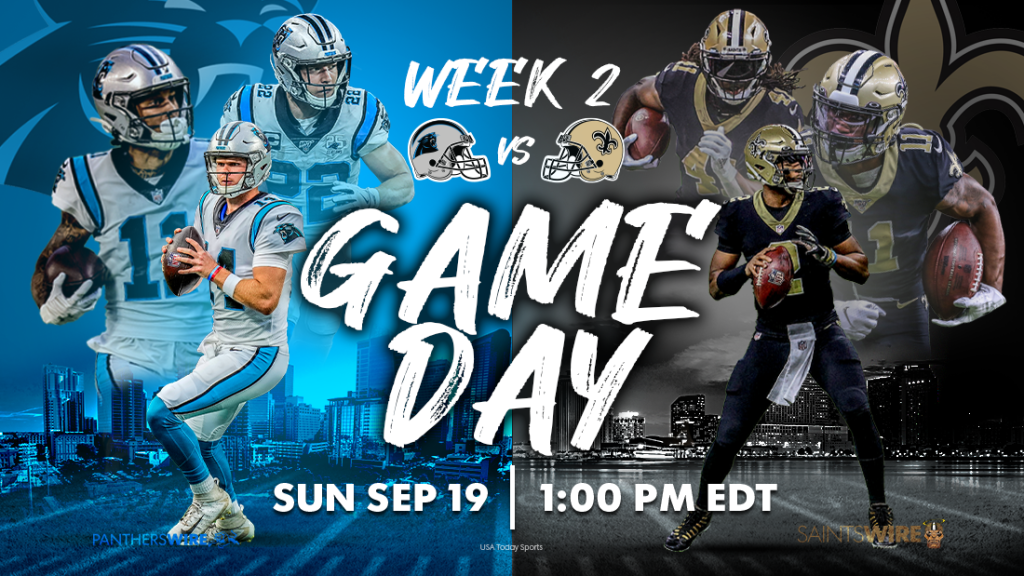 The New Orleans Saints and Carolina Panthers are on a Week 2 collision course, pitting Sam Darnold and Christian McCaffrey against the rolling black and gold. This game is scheduled during a crowded time slot, so be sure to check the broadcast map below to see if it’s available for you locally. Here’s everything you need to know before kickoff:
Continue reading...

Forecast: Have the Saints finally solved their linebacker problem? 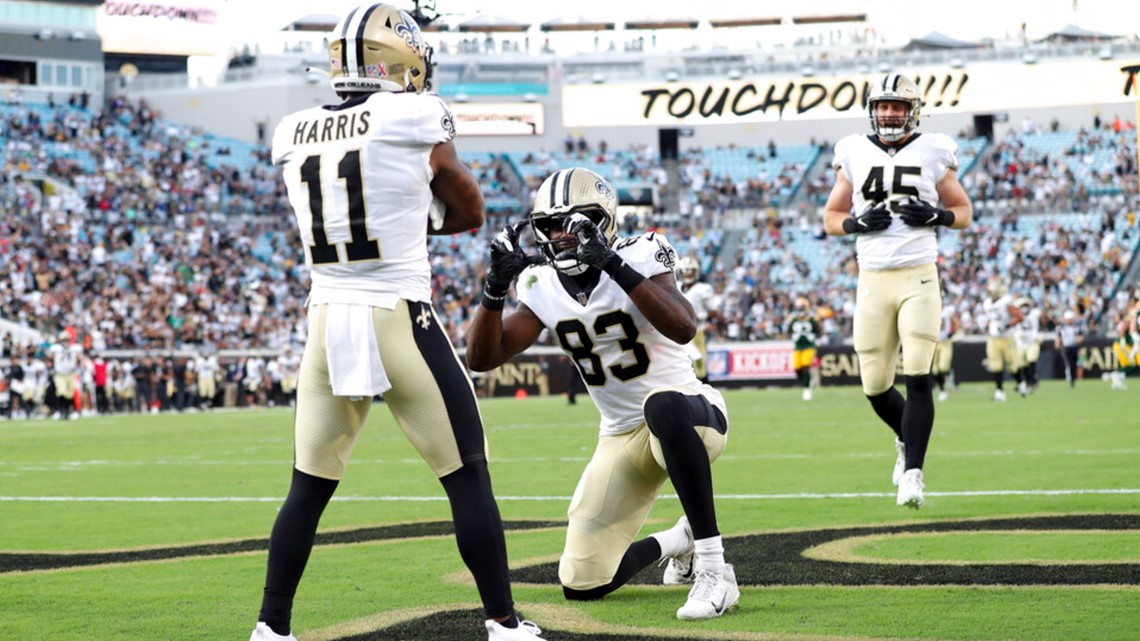 NEW ORLEANS — There was so much to love about the New Orleans Saints thrashing the Green Bay Packers and quite a few pleasant surprises, but the biggest one of all might have been discovering —for the first time this century— the Saints are good and deep at linebacker.

I'm as shocked as you are, believe me. The Saints' constant quest to have more than a single above-average linebacker the last 20 years is a staple joke of this column.

From the seemingly dozens of linebackers Jim Haslett drafted like the immortal James Allen, to Scott Shanle, Mark Simoneau, and David Hawthorne — under...
Continue reading...

NEW ORLEANS – Crescent City Sports is debuting a new podcast this week featuring some of the most newsworthy sports figures in Louisiana visiting in casual conversations with members of the CCS team.

Like many in the River Parishes, Monica is...
Continue reading...

By the Numbers: Saints Week 1 Victory Over Packers 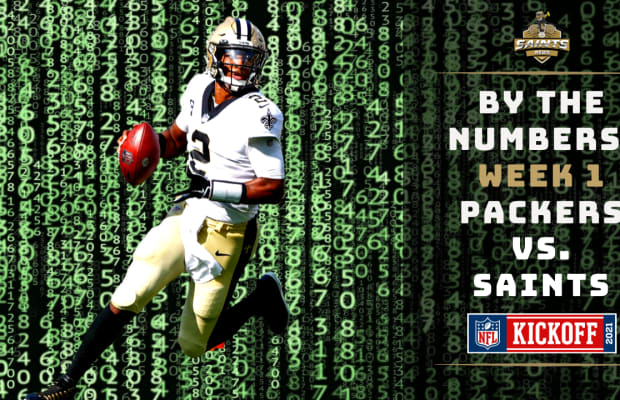 The New Orleans Saints (1-0) begin the 2021 NFL season on a high note, thrashing the Green Bay Packers (0-1) by the final score of 38-3. Throughout Sunday's contest, Sean Payton's side controlled the line of scrimmage, was efficient, and made the reigning league MVP Aaron Rodgers uncomfortable in the pocket.

Alongside New Orleans' dominant play are tremendous stats. Today, we are diving into the numbers from the Saints Week 1 victory over the Green Bay Packers.

1: Jameis Winston becomes 1st QB to Toss 5 TDs and 0 INTs in his first start with a new team

Which Panthers player would you want in black and gold? 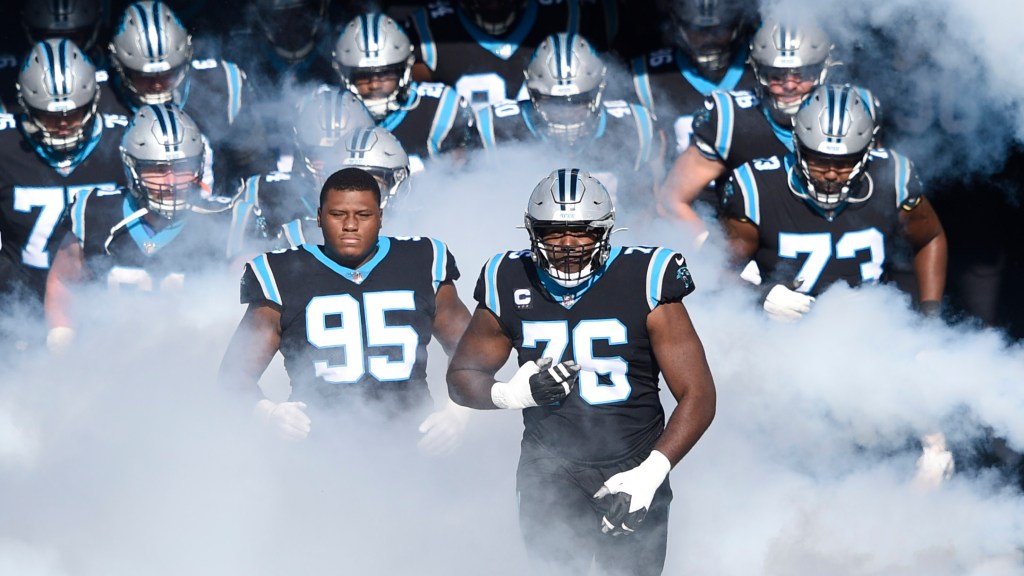 It’s tough to look at the Carolina Panthers’ depth chart and pick a player who could immediately help the New Orleans Saints. And that’s not a complete slight against Carolina — their strengths just happen to, by and large, coincide when the Saints’ own deepest positions. But for the sake of our weekly exercise, the staff here at Saints Wire scoured the Panthers’ roster and made our picks for which player we’d like to go turncoat and suit up for New Orleans on Sunday. Who would you choose?
Continue reading...
Load more…

How Did Mike Hoss Sound Calling the Games? (12 Viewers)
2

Music That Touches You
2 3