Guess which team enjoyed the Super Bowl Trophy, Miss Tiffany, the most. (1 Viewer)

Offline
According to the makers at Tiffanys NEW ORLEANS!!! It seems that each team is presented the trophy and then returns it about a month later to be repolished and inscribed. They said a lot of things tarnish the trophy, esp. champagne. And who enjoyed the trophy the most you ask? Who Dat Nation! I saw it on tonight's NBC Nightly News. (As if any other fanbase was even close anyway. LOL!) If they post a video of the report, I will embed it later. Who Dat!

Online
How does one tell who enjoyed the trophy the most?
OP
OP

xpuma20x said:
How does one tell who enjoyed the trophy the most?
Click to expand...

Wear and tear on the trophy. They had some nice video on the victory parade. I hope they post it.

xpuma20x said:
How does one tell who enjoyed the trophy the most?
Click to expand...

You really don't want to know.

doctorj said:
Wear and tear on the trophy. They had some nice video on the victory parade. I hope they post it.
Click to expand...

Yeah thats kind of what I figured.

And this is what I feared.
OP
OP 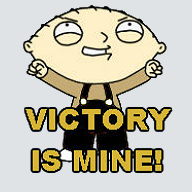 Offline
This pic comparison had to be done.

Offline
It is even funnier because sleeper #2 has no trophy to cuddle up to.
Show hidden low quality content