TD's spread around too! (1 Viewer)

Offline
We have 5 multiple TD receivers and 9 total , Betts has 2 and then Ivory and PT have one each! So, all in all, I'd say, with Reggie coming back and our DB's in full effect sooner than later, this League had better get ready for a Team to repeat as Champs!

There are just too many ways for Our TEAM to strike and do so either with long, extended drives with many third down conversions or the quick hitter, whether it be a pass of rush.

I know I'm like that fan who made up that incredible SuperBowl Ring Helmet and wears the B&G Sunglasses as I look @ Our TEAM through the rosiest of glasses but I'll tell ya'll what, I'm as impressed with the nature and characteristics of Our TEAM as I've ever been, including last year's run!

Don't every one of you feel we ( now this is no guarantee for another Ring but still as important as can be at this time) as if WE have as good a shot as ANY TEAM in The League to take it ALL? The success The SAINTS have achieved with the injured Key PlayMakers on both sides of the ball being out over an extended time has proven to me, aside from the Sp. Team concerns, The SAINTS are not only SuperBowl Champs but they are Defending that Title well?

Congratulations to the entire TEAM over the Payton/Brees/ Bush Era in helping Drew Brees become Our Leader in Passing! If he had broken Marino's record he would be a Shoe In for The NFL HofF and, IMHO, has proven to me he deserves to be enshrined first year he is eligable after he Wins another couple of SuperBowls with US!

This is a very rare time indeed to be a SAINTS fan and I'm not diminishing it one bit! This TEAM has what it takes to WIN, and WIN IT ALL for several seasons to come!!!!!!!!!!!!!

Counting all of the Int's returned and our Sp. Teams play as well, probably so! I feel as if we're just now getting it cranked up! Doesn't it feel as if we've been waiting to get all our guys back so we could put a complete unit of veterans out there to really take care of business?


This is THE correct time to jump all over this League and start putting teams away! Looks like we won't be coasting to the Play-offs so Our Team will be burning up the field for the rest of the season to get there! I know it's more of a challenge but I BELIEVE We're UP TO THE TASK!!!!!!!!! 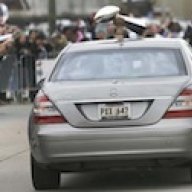 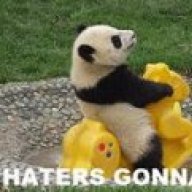 Offline
I`d like a game plan to utilize the TE`s in this game.
that 3-4 D has given us fits when we play dallas.
OP

theicebox said:
I`d like a game plan to utilize the TE`s in this game.
that 3-4 D has given us fits when we play dallas.
Click to expand...

Well, damn Baaby! We've seen Thomas play his behind off at just about every position on the field, Graham is getting some swagger, we got Humphries jumping over folks to get the first down and we've got Shockey coming back! Looks to me like you just may be getting some extra cranberries come Thursday, Hoss!!!!!!!!! I love me some SAINTS TE's!!!!!

Let the 'girl's "d" try to keep an eye on Reggie and Our TE's TOO? Ain't gonna happen! The dallas turkeys will ALL BE BURNED for THIS Thanksgiving!

theicebox said:
I`d like a game plan to utilize the TE`s in this game.
that 3-4 D has given us fits when we play dallas.
Click to expand...

I think we'll do a better job this time around. The Cowboy D is not nearly as good as it were last year. Meanwhile, Bushrod has quietly improved this year. SP will prolly give him a lil more help this time around, not only with an occasional blocker, but by running right at Ware, then going to play action off the fake to his side. Look for Reggie and Dave Thomas in the backfield together on some passing downs. They'll give a max protect look, but one will slip outta the backfield.....and catch somebody napping. Look for us to run more outta passing formations, and pass more outta heavy run looks.


And finally, look for Reggie in motion.....alot!

I picked up Graham on our SR Fantasty league. You know? The one where I am WAY down in last place? Yeah, that one. Can't get any worse right? 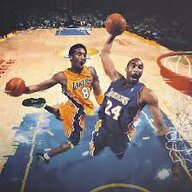 Offline
Devery need to get open and make some things happen. He have been a non factor this year.
OP

BIG DAWG said:
Devery need to get open and make some things happen. He have been a non factor this year.
Click to expand...

So many weapons to think about, IMHO, there is much yet to accomplish and too much for the rest of The League to handle!

Devery is there and we all KNOW he can now catch more balls than ever before showing steady improvement in his routes and then the ability to haul that long ball in and very dangerous on the deep crossing route! The Total Package is HERE!

Happy Thanksgiving as we try to handle a World Gone Mad! Where's our HELP for The Gulf?
Show hidden low quality content