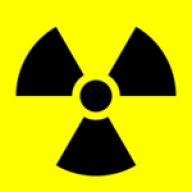 Offline
The Saints had a terrible -3 Turnover Margn going into this game. They now have a -6 turnover margin coming out of this game. We could not force a turnover out of a team who had 24 turnovers coming into this game?!!! We look like idiots. As I am typing this, the folks on Fox are saying that the Steelers had zero turnovers today which is the firs game they have done that this year.

I had posed this problem with out Turnover Margin last week stating that it is a major issue that must be fixed. Everyone ignored me and said that it doesn't matter because we are 6-2. Well now we are 6-3 and couldn't force a turnover against the team with the most turnovers in the NFL going into this game.