With their playoff life on the line, the Saints were trailing the Jaguars 20-13 with six seconds left at Alltel Stadium. New Orleans had the ball at its own 25 when Aaron Brooks completed a pass to Donte' Stallworth. Stallworth lateraled it to Michael Lewis, and then it went to Deuce McAllister and Jerome Pathon as the Saints wound their way down the field for an incredible touchdown reminiscent of the 1982 Cal-Stanford running-over-the-band score. Unfortunately for New Orleans, kicker John Carney missed the extra point and the Saints lost 20-19.
Click to expand...

at least the saints are getting some media love 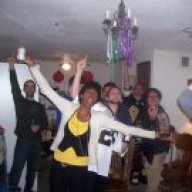 Offline
That play that the Saints scored on will go down as one of the greatest and worst at the same time....:dunno: 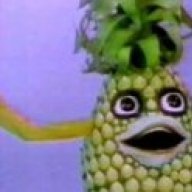 Offline
Reading that and being a few years removed, I couldn't help but laugh.

I can't even imagine how funny it was to other non-saints fans when it happened. Classic Saints.

Offline
Seattle winning later that day calmed me down since we needed them to lose to stay alive in the first place. Still though, that was the ultimate sucker punch game.

blackngold4877 said:
Seattle winning later that day calmed me down since we needed them to lose to stay alive in the first place. Still though, that was the ultimate sucker punch game.
Click to expand...

yeah now i remember haha.. after seattle lost it didnt matter anyways, but still it woulda been great to have won that game

Offline
I think we were already offically out of the playoffs by the time that play happened. So I just kinda laughed at it and said whatever since the missing of the extra point didn't really effect anything.

Offline
even if carney would have made the extra point and the saints won in overtime, they still would not have made the playoffs. loosing that game allowed us to get will smith, so it worked out.

Offline
Agreed i think dallas had already clinched our hopeful playoff spot that year. what a disaster, i went from ultimate happiness and excitement to throwing lawn chairs in th emiddle of the street...

Offline
And then Brooks claimed the ESPY and gave his speech. Good thing he didn't let that affect his ego...//sarcasm off// 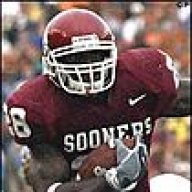 Offline
When I seen the title for this thread I was looking forward to reading lists of Saints plays that people remembered from the past ten years. I was disappointed to find out what it was really about, but rather than mope around the thread I present my top 10 Saints plays of the past 10 years.

NOTE: In September of 1996 I turned 16 and started to go to bars to watch Saints games. Since then, I have watched every single game. I can&#8217;t believe that was ten years ago! Anyway here is my list. I would love to hear yours.

Since this is my list I am going to take the liberty of giving added weight to plays that occurred during games that I was in attendance for (Interesting note: Saints record in games I attend, 4-0). The Saints played well all day in Cleveland, but every time we lined up for a field goal I remember thinking that it would come back to haunt us in the end. It was close, but Josh&#8217;s interception sealed the deal and sent the Browns fans home unhappy.

This play has always stuck in my mind. For me, this play was sort of a stepping out for the Saints. We had been a whipping boy for the 49ers for years and for once we were whipping them. We had a good team. The play it self was a thing of beauty, play-action deep to a streaking Horn. This will always be a favorite of mine.

I went to school in Fredonia, NY witch is in-between Buffalo and Erie, PA. Sometimes I would go to Buffalo to watch the Saints and other times I would go to Erie. A friend of mine and I went to the Damon&#8217;s on Peach Street in Erie to watch the games. It was a long day there because we watched all of the early games as well. I had no idea when the play happened if it was a touchdown or a safety but I knew the game was over and we were 1-0. McAllister found his way onto the cover of the Sporting News that week.

September 11, 2005 was an emotional day on a lot of levels. It was the four year anniversary of the attacks on 9-11, and it was the first Saints game post-Katrina. I was in Kitchener, ON for a Pearl Jam concert and had scoped out a Jack Astor&#8217;s with the NFL ticket so I could watch the game. I wanted the Saints to win this game more than any since the 2000 playoffs. It just seemed like we had to win. I kept thinking about the extra-point versus Jacksonville as Carney lined up for that kick. I haven&#8217;t thought about it again since.

Banner day in the Superdome! I had to be there. It was my first time in New Orleans, first time in the dome, and to be honest the whole experience was a blur. The sack on the first play from scrimmage (Howard?) could have made this list as well. I was thinking Super Bowl walking out of the Dome that day. I cant believe the 2001 season ended the way it did (even more so than 2002). (Side note: My trip was delayed because of the events of 9/11. Those in the Saints ticket office were nice enough to exchange my 49ers tickets for Vikings tickets so I could still go to banner day. THANK GOD)

How in the world did Albert Connell make the list? As a native Buffalonian my life as a Saints fan has been tortured when dealing with Bills fans. It started in 1989 when my Dad took me to Rich Stadium to see my beloved Saints play the Bills. When the fourth quarter rolled around people were throwing snowballs at me and creating a hate so deep for the Bills that the sight of their logo makes me sick. I was 9 then and couldn&#8217;t really stick up for myself. In 2001, I was a spunky 21 year old ready to die in my Ricky Williams jersey if need be. I wanted to roll the Bills. It started of sluggish and the Saints went to halftime down 6-0. During halftime my friend and I were talking about the game and I said something like, &#8220;the defense had two big stops in that quarter holding the Bills to field goals inside the 10.&#8221; Some jerk turned around and got in my face saying they weren&#8217;t stops because the Bills got points. I told him that when we got the ball to start the half our touchdown was going to make it 7-6 Saints instead of 14-7 Bills. Start the second half, cue the touchdown, and let the domination begin!

When the Saints were making their run toward a division championship in 2000 all of the party poopers in Buffalo were telling me that the Saints would never beat the Rams. My jerk boss at the time was taunting me all week at work saying the Saints were a pretender and that the Rams would beat us by 30. I watched the game at a Buffalo Wild Wings that had just opened in Amherst (2ns safest place to live in America- near Buffalo). The manager kept coming over with wing samples for me to try and I kept explaining to him how awful they were. I remember Brooks running the bootleg and thinking man we have a good quarterback here (ERRRRRRRRRRRRRRR).

I am on record as to saying that this is a top 5 moment in my life. I threw a Saints party for the game. I explained to my friends and family that in my opinion this was the biggest game in Saints history. I had a great turnout and everyone put some kind of Saints gear on to support the team. I remember thinking after we failed to recover the fumble what a missed opportunity that was. I had just sat back down in my seat when thanks to a terrific camera angle I seen Gleason charging into my living room. &#8220;LOOK OUT!&#8221; screamed Tirico, and my place went nuts. I have easily watched this play back 200 times on my tivo. I was in tears, people were high-fiveing me, and the hair on my neck was stanind up. What a moment.

Edit: I worked really hard on this for over an hour. I would perfer to get a couple of responses before it gets bumped off the first page. I know its not a thread about giving the stadium nachos a nickname, but come on people....
Last edited: Nov 2, 2006

Offline
In the last ten years, I remember thinking why did we take Alex Molden when Eddie George is sitting right there.

I remember Taking Jon Sullivan when anyone else was there.. Not to mention we traded two first rd picks for him.. WOW..

Ok, the good stuff. I remember that long run Deuce made as a rookie in 2001, Loved it.

Ditka wearing dreadlocks, loved it.. I was a big Ricky fan. I loved him in that Bears game in 2000.. He stomped 'em.

I remember Kieth Poole catching a a TD pass in 2000 against Seatle and he cluched the ball like a vice.. Then he and the other WRs played leap frog...

I absolutely love it When Kyle Turley wanted to kill the Jets.. That was a great moment.. It also shows how big an idiot Haslett was for not supporting him..

I remember the preseason game against the raiders last year because Katrina had just hit and we were all wondering, what next?

The Falcons game this year was simply amazing..

There are a few thoughts..
Show hidden low quality content

Thursday at 4:51 AM
Saint Jack