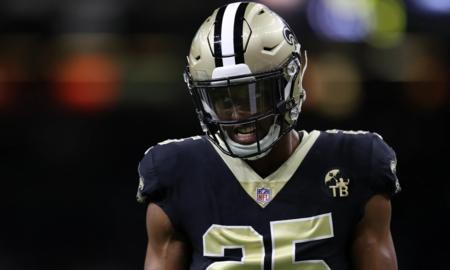 We continue our season reviews at Saints Wire with New Orleans Saints cornerback and pending unrestricted free agent, Eli Apple. 2019 was lackluster for Apple, despite a hot start. However, that type of performance is exactly what could keep him in New Orleans for another year.

Apple has the potential to be a key piece in the secondary, but has never achieved the level of production that many believe he is capable of. Could 2020 be that year?
Level of play in 2019

Apple played in 15 games in 2019, and had a torrid start to the season. He soon cooled off, and quickly became a liability in the secondary that eventually saw him being effectively benched at the end of the season.

The cornerback was given a PFF grade of 63.8, which had him ranked as 78th in his position. Apple was routinely beaten in coverage and down the stretch, Janoris Jenkins was brought in from the New York Giants to help stop the bleeding. The move for Jenkins was indicative and a direct result of Apple’s performance. ...