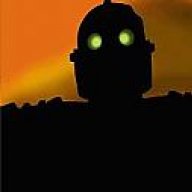 Offline
Did we already miss the deadline to extend deals and use up the rest of 2006 cap space?

"The Eagles, ever proactive about signing their core players to long-term extensions, held dialogue with TE L.J. Smith and his people about a new deal, but the two sides couldn’t come to an accord before the league’s deadline to extend contracts and designate a portion of the money toward this year’s salary cap. Smith’s deal is up after the 2007 season, and it appears the two sides will put talks on hold for the time being."