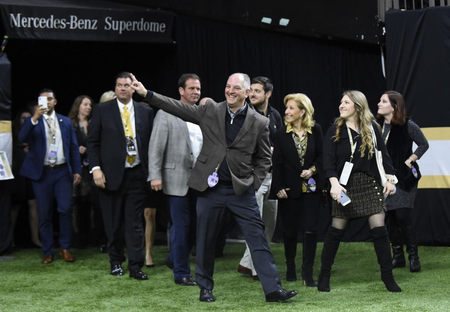 By Elizabeth Crisp | The Advocate

Edwards on Tuesday penned a letter to NFL Commissioner Roger Goodell "on behalf of the people of Louisiana and New Orleans Saints fans all across the country" to express "deep disappointment" in the refs’ failure to call a flagrant penalty against the Los Angeles Rams.

"The very least that any fan of the Saints, or any other team, should be able to expect from any game is that the result will be decided by the players on the field," Edwards wrote in the blistering letter to Goodell. "By missing the obvious, blatant and intentional penalty at the end of the game, the referees in Sunday's game undermined that expectation and unfortunately were allowed to determine the winner. The team deserved better. Saints fans deserved better. The city of New Orleans and the state of Louisiana deserved better." ...