Offline
looks like he is ready to take the reigns from brad childress as the next terrible coach that holds back a talented team. This first half vs atl has been a disgrace. Obviously the non challenge that resulted in 7 pts for atl was horrible, but his clock management was porous as well. At the end of the first quarter, he rushed the kicker out on 4th and 1 to kick a fg with 12 secs left. He should have spent that 12 secs trying to draw atl offsides, and then kick the fg to start the 2nd quarter. Then, with atl on the goaline and 2 timeouts left, he lets the falcons run the clock all the way down on 2 runs without using a time out. His qb is aaron rodgers, he should have used both and forced the falcons to run on 3rd down or risk giving the ball back to rodgers with about 40 secs left. I tend to be critical of payton's clock management but this is a new level of poor. Good thing we didn't end up with this bum. Thanks Ted Thompson.

Offline
I haven't liked or had respect for McCarthy ever since he got the bright idea to try and turn Aaron Brooks into a high percentage, pre-snap read, westcoast-esque passer. 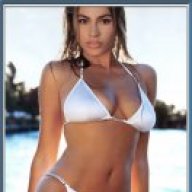 Offline
Thank your Greenbay for hiring this clown over Payton. This is the worst challenged coaching job I have ever seen.

Offline
Green Bay's coaching staff is single handily losing them this game right now, that along with the refs atleast. 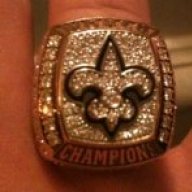 Offline
So far this is frustrating! I hate watching nonSaints games when I really want one of the teams to lose.

Offline
At least the Giants are showing their true colors

Offline
Why isn't GB running their true power back, Kuhn?

Offline
I will like to ask a question, does anyone know what happen to clint ingram?

smokey29 said:
I will like to ask a question, does anyone know what happen to clint ingram?
Click to expand...

I do think he is now the dumbest coach in the NFL.

The Green Bay Packers are one and done in the playoffs.

It could be Seattle they are playing, and they will lose.

Offline
I promise they run that empty backfield shotgun QB draw in redzone/short yardage situations 8-10 times a season. I've seen it 3 times this year already out of all of 4 Packers games I've watched.

nolafan33 said:
Green Bay's coaching staff is single handily losing them this game right now, that along with the refs atleast.
Click to expand...

Disagree ...the Packers can't tackle. That's what losing the game.

While i agree that their tackling is hideous, if they review that 4th down catch by Gonsalez, the game is completely different. That is completely on the staff, and head coach.
Show hidden low quality content